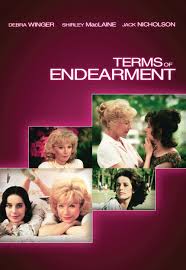 My Take on it – This is a movie that I saw numerous times on cable as a kid and obviously didn’t understand it all until I was more grown up.

Having re-watched it, I think I appreciated it the most this time around.

This movie was based on a book and I think that they managed to tell a 10+ year story quite well in just over 2 hours of screen time while at the same time making sure we get to know the characters well and believe that they are living those lives. The tragedy and triumphs are what make us all humans. We never know what will happen next in life.

Beat out The Right Stuff (1983) which was possibly a better (but very different kind of) movie for Best Picture.