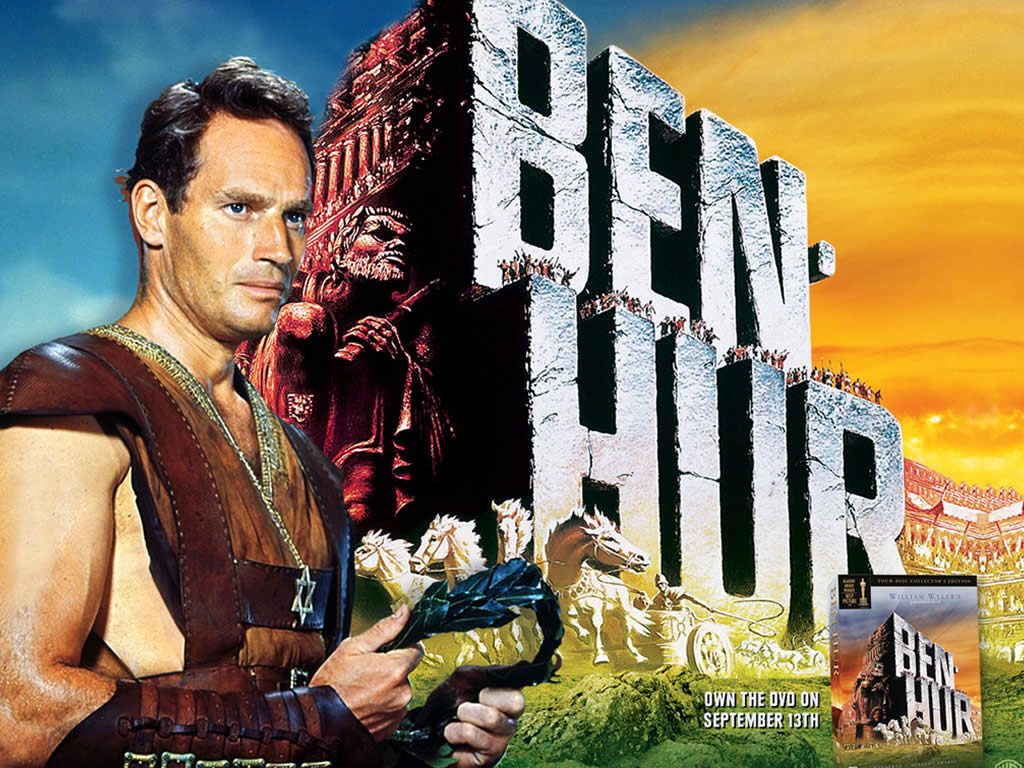 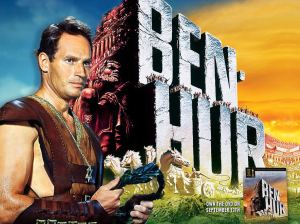 “One God, that I can understand; but one wife? That is not civilized. [nudges Judah] It is not generous!” – Sheik Ilderim

Brief Synopsis – A Jewish prince who was friends with a Roman aristocrat when they were children is betrayed by him as an adult and sold into slavery. He longs to return to his homeland and exact revenge on his once-friend.

My Take on it – I always avoided watching this movie due to it’s close to 4 hour running time and when I finally saw it, I was so upset that it had taken me so long to see it.

William Wyler, who had already won 2 other Best Director and Picture awards fro Mrs. Miniver (1942) and for The Best Years of our Lives (1946) gave the academy more reasons to laud him with new awards.

Charlton Heston, previously known as Moses in The Ten Commandments (1956), once again plays a Jew with a monumental task.  Here too he tries to find hope for his enslaved people against a mighty enemy.

This movie has many biblical references since the story takes place in parallel to many aspects of the story of the life of Jesus.

This movie broke the bank at the Oscars and won 11 of it’s 12 nominations (It ironically only long Best Screenplay which also eluded Titanic (1997) 38 years later).