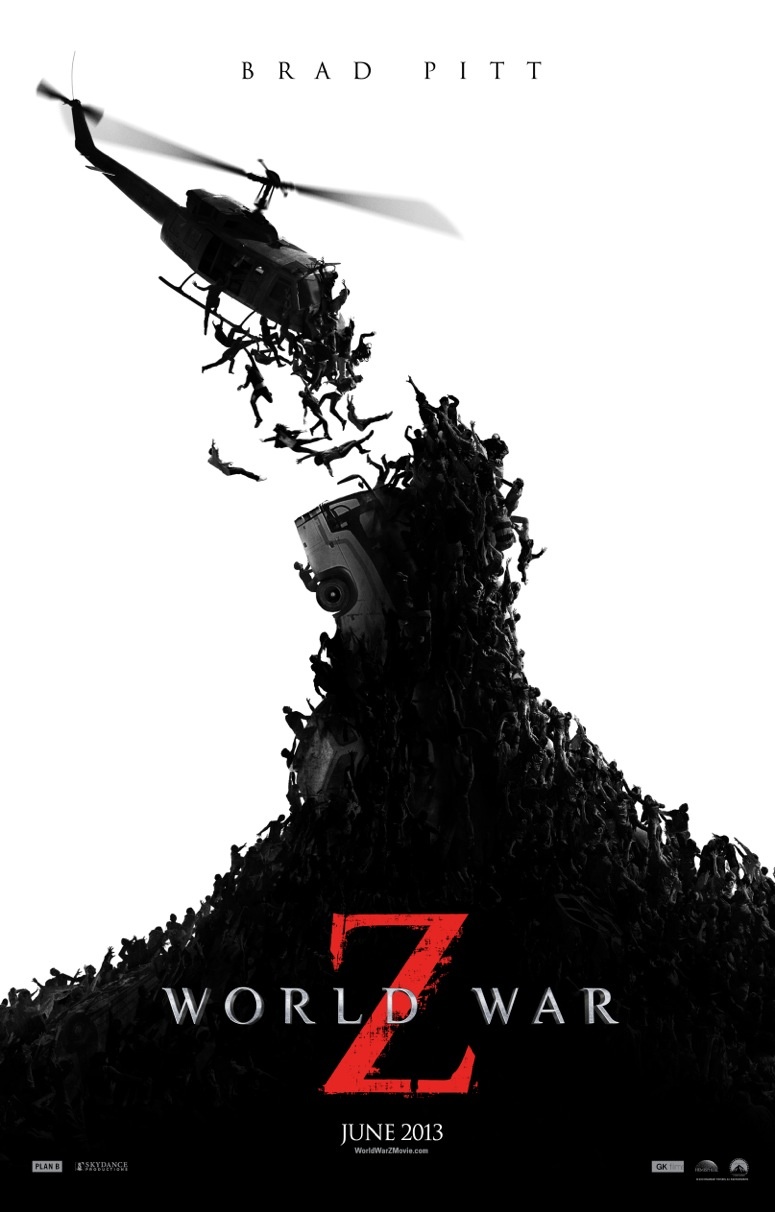 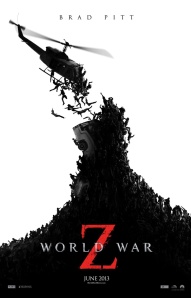 “Most people don’t believe something can happen until it already has. That’s not stupidity or weakness, that’s just human nature.” – Jurgen Warmbrunn

Brief Synopsis – A UN agent is enlisted to help save the world when a zombie epidemic is unleashed that tries to take over the world.

My Take on it – I have never really liked zombie movies, but lately that has changed.

Two comedic zombie movies came out within the past few years that really enthralled me; Shawn of the Dead (2004) and Zombieland (2009).  Both of these movies got me a bit more interested in Zombie movies as a genre and that led to me watching The Walking Dead TV series (which I love!!)

When I saw this preview months ago, it seemed like a really interesting movie, but I really had no idea that it was a Zombie flick.  Subsequently, I heard more about the movie and found out that this in fact was a Zombie themed movie.

Due to my recent zombie successes, I decided to try this one out and extremely enjoyed it.

This is perhaps one of the best Zombie movies made since it tries to update our thoughts on how Zombie move (quickly not slowly) and this movie even gives us a subtle clue as to how it might be possible to defeat Zombie which is rarely touched upon by most other movies in the genre (based on my limited knowledge).

Brad Pitt is the only big name in the movie and he is ok as the lead character trying to save his family and the world at the same time.

I think what clinched it for me was the fact that this was done form a thriller standpoint instead of a horror one and the gore is limited to a point and there is a plot (somewhat flimsy, but it’s still there anyway).