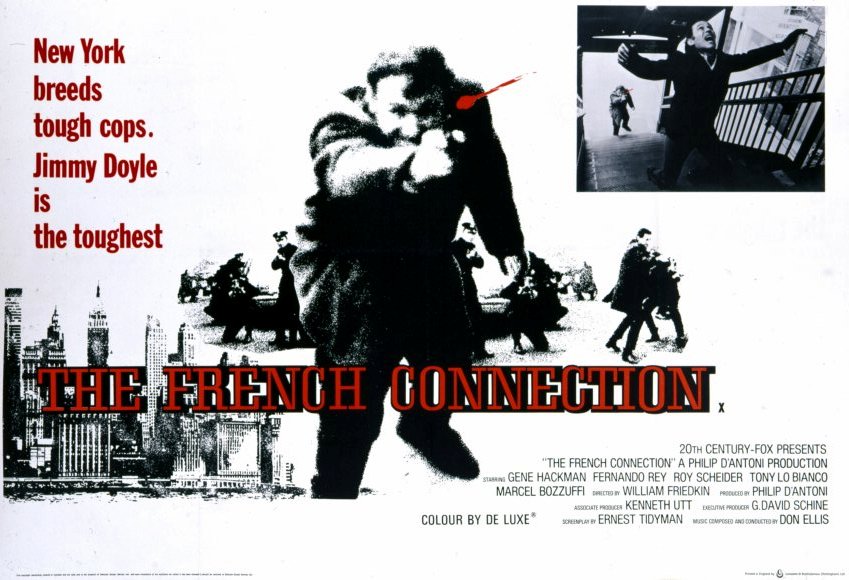 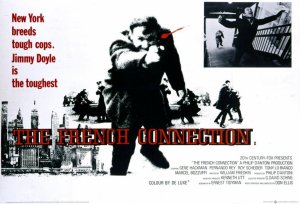 “All right, Popeye’s here! get your hands on your heads, get off the bar, and get on the wall!” – Jimmy “Popeye” Doyle

My Take on it – I have always enjoyed the action in this movie, but have never understood why it would be bale to win so many awards especially for Best Picture.

Gene Hackman was great as the flawed and racist cop Popeye Doyle and his awards are warranted, but that still doesn’t justify the wins for the movie or for Director William Friedkin.

I think what it boils down to is the competition. 1971 was a weak year for movies and looking at the other 4 nominees, it can be more understood how this movie could win.

The other nominees were:

1) Fiddler on the Roof (1971).  IMHO opinion this is the best movie of the year because of its story and message, but it can be understood why Hollywood would shy away from awarding it BP.

2) The Last Tango in Paris (1971) was a VERY controversial movie due to it’s depiction of sex, so I can also understand why it wouldn’t get the award.

3) Nicholas and Alexandra (1971) was a mediocre biopic of the life of the last czar of Russia.

4) and last but not least – Kubrick’s A Clockwork Orange (1971) which I have yet to see, but know that it is a very disturbing movie.

This movie is a precursor of modern detective action movies where the chase scenes get the adrenaline pumping while watching it on screen straddling the line between action and thriller.

It is done very well we get to see the human side of detectives doing their jobs.

The movie was done from a realistic perspective and became the first R rated movie to win Best Picture.

Winner of 5 of 8 Oscars: Picture, Director, Actor (Hackman), Adapted Screenplay and Film Editing (Mainly for the amazing chase scene of a car chasing after the subway train).

It lost – Sound, Cinematography and Supporting Actor for Roy Scheider.

Bottom Line – Not the Best Best Picture, but still a film that helps define the detective genre for films and TV shows. Hackman is excellent as the main character and deserved his Oscar for the role. Recommended!