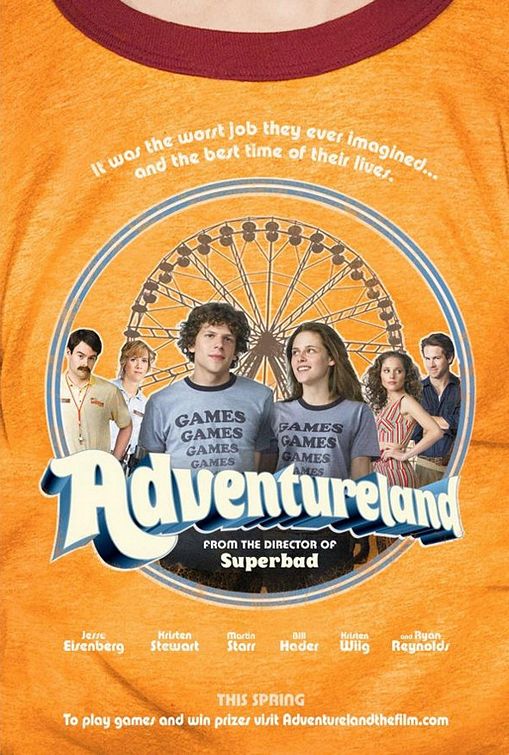 “We pay little Malaysian kids 10 cents a day to make these toys, we can’t just *give* them away.” – Joel

My Take on it – This was such a fun movie to watch.

It really brought back fond memories of those summers during the 80’s and it made me wish I had also worked at an amusement park.

The characters were very likable and I got the feeling that I would want to hang out with that crowd.

The aspect that made it so nostalgic tho was the music; how many children of the 80’s don’t reminisce about the glorious music that truly defined that era.

The casting is perfect with Jesse Eisenberg and Kirsten Stewart leading the way.  Ryan Reynolds has a small but integral part to the plot.

I was reminded about this movie when I recently saw The Way Way Back (2013) which is subsequently also a movie that was suppose to take place at an amusement park during the 80’s but due to budgetary issues it ended up taking place now.

Bottom Line – Great cast, storyline is very reminiscent of the 80’s and the get the feel and tone just right. Highly recommended!