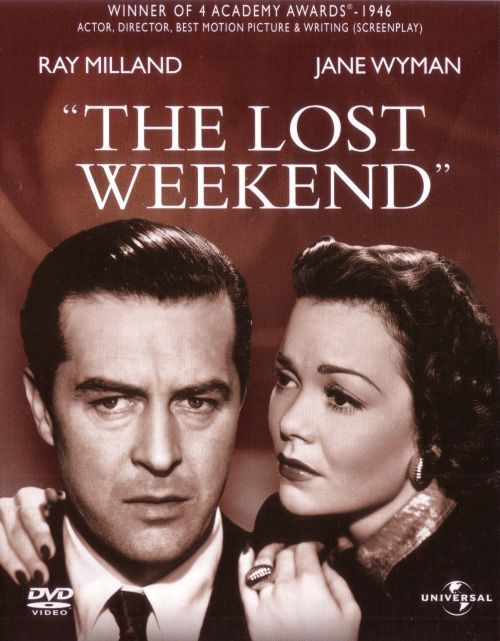 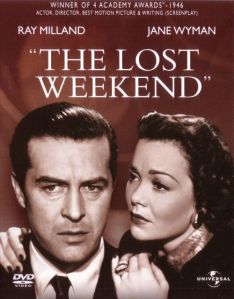 “It’s like the doctor was just telling me – delirium is a disease of the night. Good night.” – Bim Nolan

Brief Synopsis – A man with a drinking addiction tries to find a way to overcome it during a long weekend.

My Take on it –The first time I saw this movie was a bit over 7 months ago and was astounded how a movie with this kind of subject matter was possibly made at the end of WWII.  Alcoholism was a problem back then, but it wasn’t a topic discussed in public.

This movie takes this social issue and tries to bring it to the forefront to show people that they need not be afraid of problems like this and that they should try to be supportive of people with problems instead of just shunning or ignoring them.

The writer of the novel this movie is based on, Charles Jackson was someone who went through this himself and knew how to show how he himself reacted and how people reacted to him.  Unfortunately, he never was able to completely get away from his addition and it led to his suicide in 1968.

The alcohol industry offered the studio millions of dollars to not release this movie, but Paramount saw the reaction of reviewers and decided they could make more money by releasing it.

Billy Wilder, the director stated that had they offered him the money, he would have shelved the movie.

Bottom Line – Truly a movie ahead of it’s time since the subject matter wasn’t truly a topic people discussed in public at the time. Recommended!