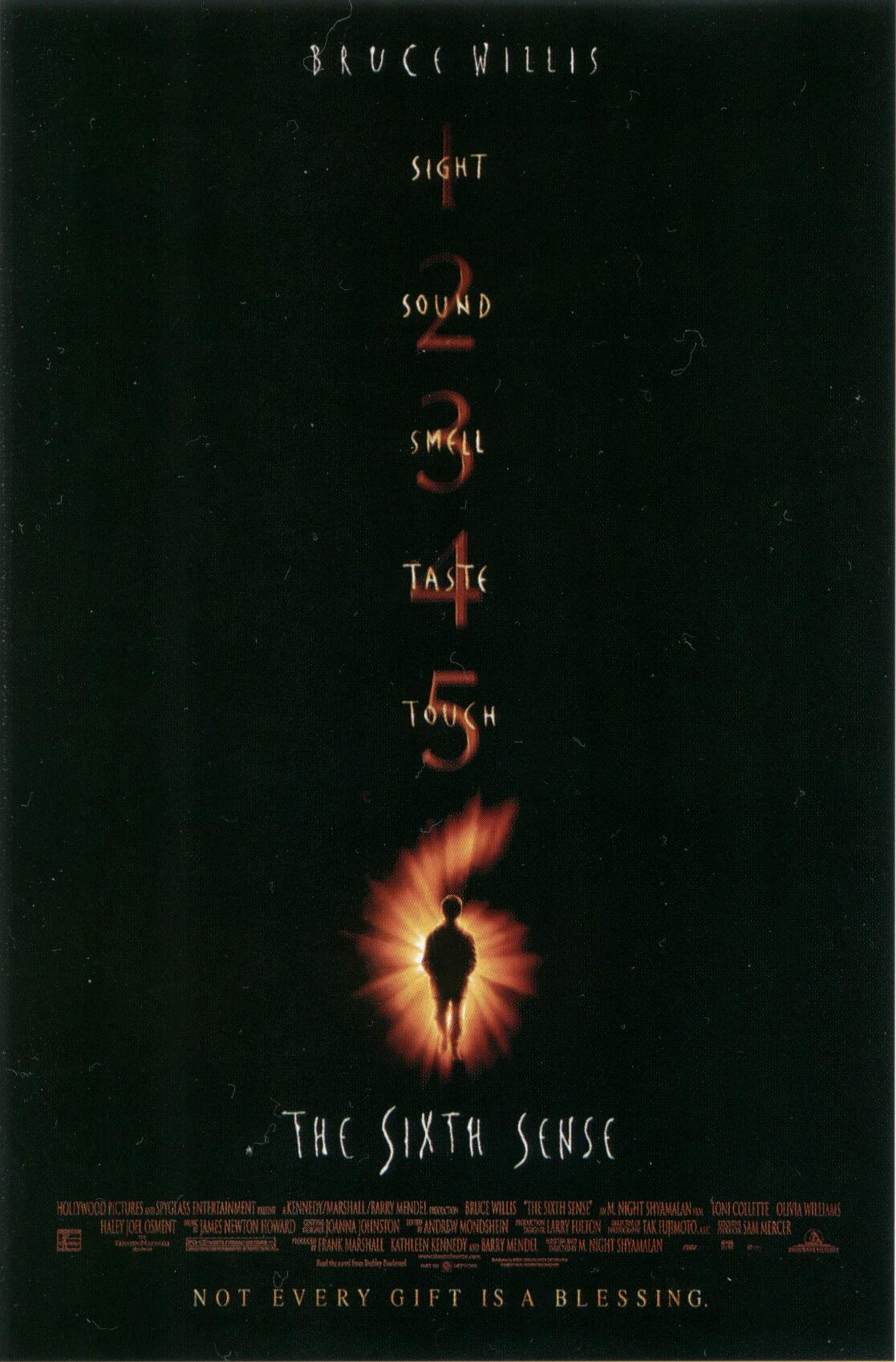 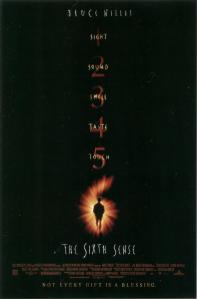 Brief Synopsis – A young boy has a secret that he is scared to reveal to anyone including his mother or the  child psychologist trying to help him.

My Take on it – Before this movie came out, nobody knew who M. Night Shyalaman was and afterwards they would never forget it.

He was able to write a script so original that knowing information about the story would be able to change a viewers perception of the entire movie and storyline.

Bruce Willis apparently only took this role due to voiding another movie with the production company and I don’t think he ever regrets that fact.

This movie garnered so much applause when it came out that so many people flocked to see it in order to believe how good this movie was.

As the main character, Haley Joel Osment [who hadn’t really starred in anything else prior to this one besides a bit part as Jenny’s son in Forrest Gump (1994)] is great.  He speaks in a tone that shows that he is scared of but also used to keeping his secret and will keep doing so to protect those around him.

Bruce Willis shows here that he can act in serious movies and that he doesn’t need to be the central figure in his movie for it to work.  He learns much about himself in his conversations with Osment and you get the feeling that he is a very good psychologist who knows how to listen and learn from his patients besides just being there to help children in need.

It is quite notable for a first time director-writer like Shyalaman to get Best Picture, Director and Screenplay nominations in a year that had so many other strog movies nominated. This movie plus The Green Mile (1999), American Beauty (1999), The Insider (1999) and The Cider House Rules (1999) helped create one of the strongest lists of Best Picture Nominees in a given year.

Bottom Line – Excellent movie. Beautifully scripted by Shyalaman which put him on the map. Definitely his best movie. Osment and Willis are both really great here. Highly Recommended.