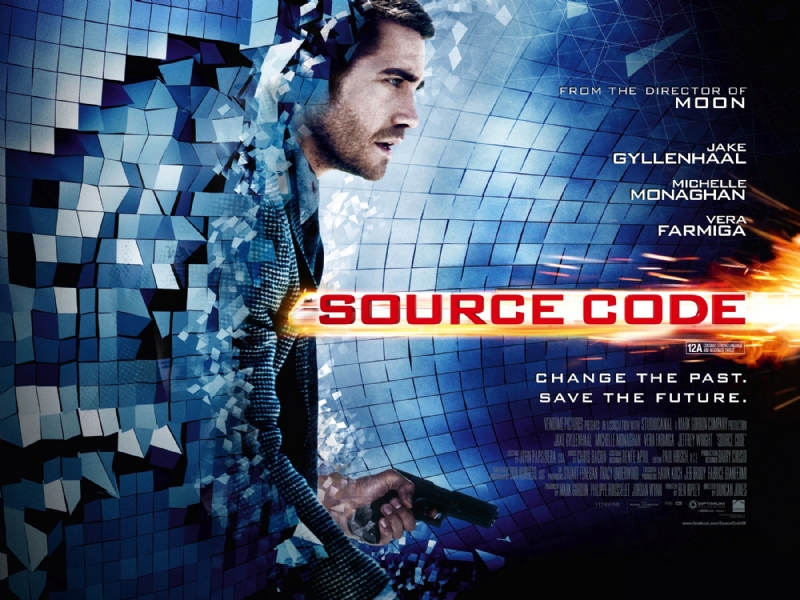 “Source Code is not time travel. Rather, Source Code is time re-assignment. It gives us access to a parallel reality.” – Dr. Rutledge

Brief Synopsis – A soldier must try and find a terrorist aboard a train destined to blow up.  He is given 8 minutes each time when he is “leaped” into someone else’s body via a high tech system created by the military.

My Take on it – I love the concept of this movie.  Take a character, give him 8 minutes to accomplish something and if he isn’t able to do so make him repeat those 8 minutes until he succeeds.  This is a modern cross between the sci-fi TV show Quantum Leap and the movie Groundhog Day (1993).

What’s cool here is that it gives the character the ability to retain memories from previous attempts and he can then use them in order to succeed in his mission.

Besides giving the sci-fi concept a new and interesting spin, this movie also touches on the dilemma of science and ethics.  It does so in such a light way that the issues are brought up, not really discussed but then still allow the viewer to reflect on them after leaving the theater.

I don’t know who thought of it, but having a voice cameo of Scott Bakula (Sam on Quantum Leap) was a stroke of genius.  It obviously only helps those of us familiar with QL, but the cameo is superb.

All and all, a great sci-fi flick that is tense, interesting and above all entertaining.