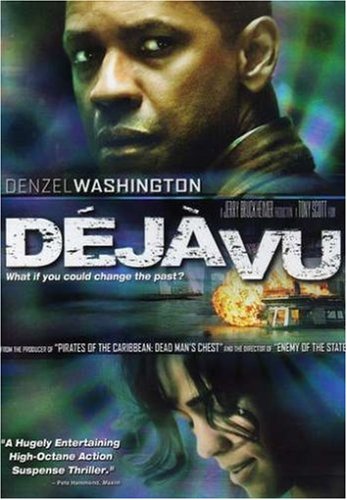 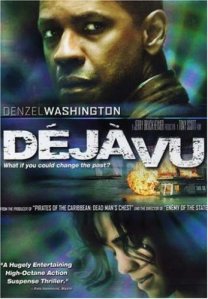 “I’ll speak slow, so those of you with Ph.D.’s in the room can understand.” – Doug Carlin

Brief Synopsis – An ATF agent must race against time to find a terrorist who set off an explosion on a riverboat in New Orleans before he strikes again.  During his investigation, he is asked to assist other federal agents using a new kind of technology to try and catch the terrorist.

My Take on it – I am not really much of a fan of Denzel Washington not because he isn’t a solid actor, but rather because just about every one of his characters seem to be related to each other which basically means that we are constantly seeing the same character in each of his movies.

This movie is unfortunately no exception to that rule.

What makes this movie stand out tho is the plot. Now, and obviously more-so in 2006, we, as viewers are very sensitive to stories dealing with terrorism and those the government pays to thwart any heinous attack.  Denzel’s character here is a good investigator and we can tell by the questions he asks and by his observations when following bread crumbs to the terrorist.

This movie then throws in two other elements that affect the way the investigation is completed; technology and possible effects of time travel.

I liked the merging of all 3 elements in the investigation and it made for an even more enjoyable movie.