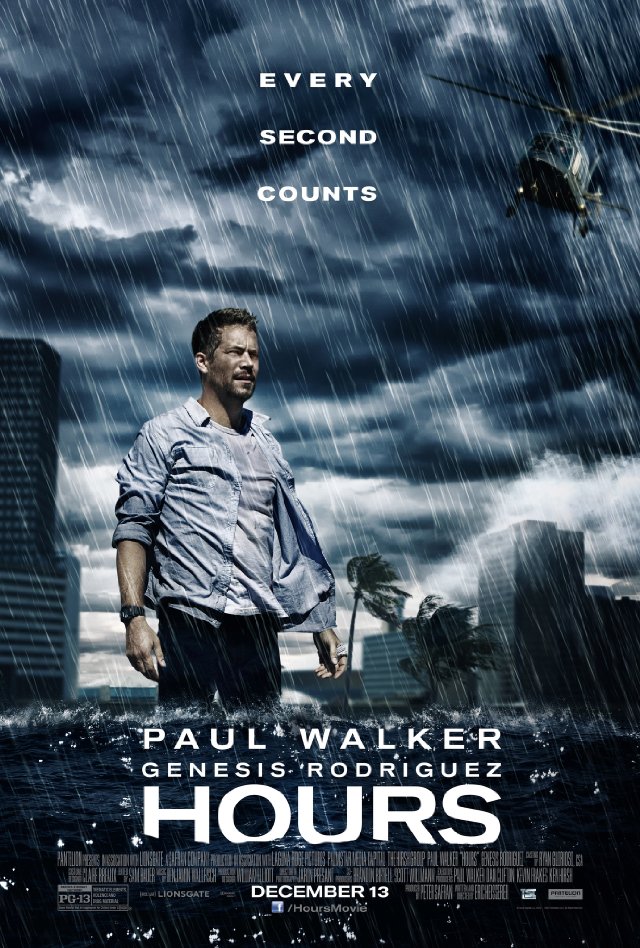 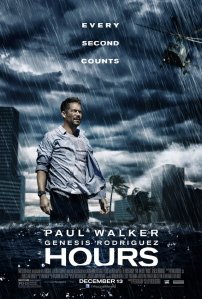 “I don’t get it. This wasn’t supposed to happen” – Nolan

Brief Synopsis – A man is trapped in a Louisiana hospital caring for his newborn daughter as Hurricane Katrina rages outside.

My Take on it –  I had been putting off watching this for over a week, but after the tragic events of earlier this week to the movie’s star Paul Walker (RIP), I decided to finally watch this movie.

Walker truly carries this movie with his portrayal of Nolan.

I must say that the movie is quite enjoyable as a drama.  There are many moments of tension throughout and the flashback sequences really add to the movie to give us a much better picture of Nolan’s life before Katrina.

The movie also gives us a glimpse into what transpired during the storm to many people trapped without electricity or communication and the difficulties they faced.

I have heard numerous calls for Walker to get an Oscar nomination for this movie, but truthfully as good as he is here (and he is good), it isn’t deserving of Gold.  Just because an actor dies, doesn’t mean that he is deserving of an Oscar for one fo his final pictures. The two actors who have achieved Gold posthumously both had great roles which were truly Oscar Worthy and not just boosted by the actor’s untimely death.  Very few people can argue that both Heath Ledger in The Dark Knight (2008) and Peter Finch in Network (1976) were lackluster performances.