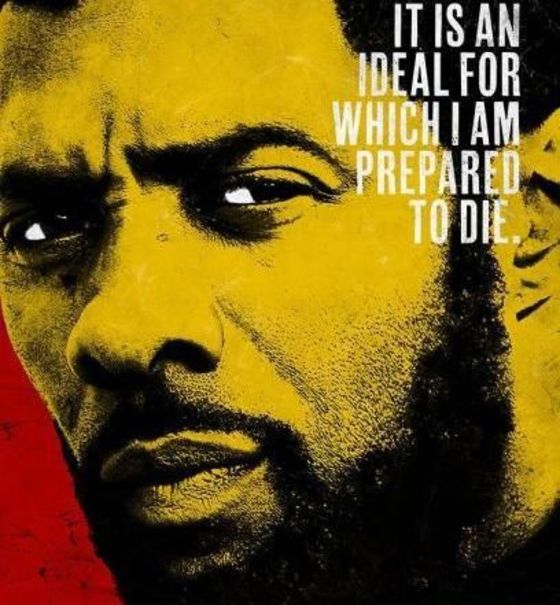 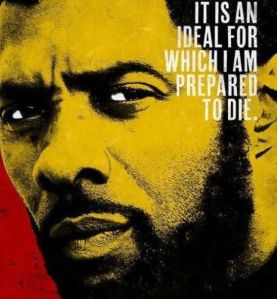 “People learn to hate. They are taught to love, for love comes more naturally to the human heart.” – Nelson Mandela

Brief Synopsis – The biographical life story of Nelson Mandela  from his early days as a young lawyer fighting injustice to a prisoner for 20+ years to his eventual rise to the Presidency of South Africa.

My Take on it – Having grown up as the ending of this movie was being formed in the late 80’s , early 90’s, the general story was well known to me and it was interesting to see how the whole thing played out over the years.

This movie had been in production for a number of years and what started out as a tribute to the life of Nelson Mandela ended up as a visual obituary for him since he passed away at the age of 95 at the beginning of this month.

I think that the choice to use mainly unknown actors here was the right one since it wasn’t distracting at all to see them and it actually helped me delve more into the storyline.

There are numerous points in the film which move slowly, but it’s worth sticking it out because once those scenes are over, the pace once again picks up.

As with many biographical movies of it’s kind, it tries to show too many years and with just a running time of 2:26 minutes it devotes much more time to his early years and due to this, the later years seem too rushed in order to keep the run time shorter.

Bottom Line – Very well done biographical film that was made as a tribute and turned out to be an obituary.  A few parts move along slowly, but the story is worth sticking with.  Highly recommended.