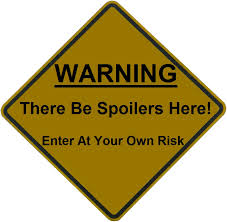 “You said you wanted to be around when I made a mistake, well, this could be it, sweetheart.” – Han Solo

Brief Synopsis – Darth Vader continues his search for the Rebels across the universe and eventually finds them on the Ice Planet Hoth.

My Take on it – This is the only movie in the Star Wars canon that I never saw in the theater, but it is also one of the best.

There are very few sequels made that have been able to top the storyline and success of their predecessor, but this is one of them.  I think The Godfather Part II (1974) and T2: Judgement Day (1991) are two other examples where that has happened.

This film is much much darker in theme and content than the original, but still keeps to the theme of hope and survival in turbulent and difficult times.

I like how following the battle on Hoth, (which is very cool), Lucas has no qualms about separating the main characters and having two storylines happening simultaneously.

It’s interesting that when Luke and Han say goodbye before taking off from Hoth, the next time they meet up is in Jabba’s palace in Jedi before they are taken to the Sarlacc.  It’s not an easy thing to do in a movie, and Lucas does it very well.

I am not shy about my thoughts on Lucas and his dialogue, but he continues his streak here of not having his characters speak in non-cheesy language.

But once again, it’s easy to not pay much attention to the dialogue since the story and scenes are just completely breath-taking.

The cat and mouse in the asteroid field is fun to watch and there are rumors that within the asteroid field there is a shoe and a potato.  There is also a rumor that after one of the TIE fighters gets hit, you can see the pilot doing somersaults thru space. (I’ve never been able to find any of them).

The scene shows how cunning Solo really can be in being able to avoid the Imperials even when the odds are completely against him.

We are first introduced to Yoda in this movie and he is slightly different both in personality and stature here, but that is mostly due to his being a puppet.  His character is reminiscent of an old Kung-fu master teaching a new pupil the ancient arts and we get a clearer picture of what it really means to be a Jedi from three very important aspects: the physical, the mental and the psychological.

Luke’s impatience and lack of faith causes him many problems since it shows how young and inexperienced he really is.  He gains his courage when he feels through the Force that his friends are in trouble which forces him to leave his training in the middle.  Yoda is disappointed by that, but obviously Luke seems to know more about being a Jedi than just through his training since in Jedi, he says that Luke has completed his training.

The love story in this movie works much better than the one between Anakin and Padme in Attack of the Clones.  Han and Lea are meant for each other and as much as she denies it, we know she loves him.

John Williams has two amazing themes in his music for this movie.  The first is Han Solo and The Princess (The love theme).  Hear it here!

The second one is The Imperial March which is truly amazing.  It is Darth Vader’s theme and appears in all subsequent movies in some form.  I like this theme so much that it’s the ring tone I use on my phone for my ex-wife 🙂  Hear it here!

The reveal here that Vader was Anakin, hence Luke’s father wasn’t known by any of the actors at the time and Lucas (and Director Irwin Kirshner) even had David Prowse (the actor who played Vader, but was not his voice) say Kenobi killed your father before it was dubbed by James Earl Jones to say the iconic line that we all know so well.

I’m not a big Simpsons fan, but I have always loved this clip from the flashback of Marge and Homer’s first date after they saw Empire.  Watch it here.

This movie ends on a cliffhanger and is constructed so well, that I think it may be the best and most intense of all the 6 movies in the series.  Ironic that I never got to see it in the theater 😦

Bottom Line – One of the best sequels ever made! It’s much darker than the original and ends on a cliffhanger, but still done expertly. Continuation of great soundtrack includes The Imperial March.  Stellar special effects.  Highly recommended!