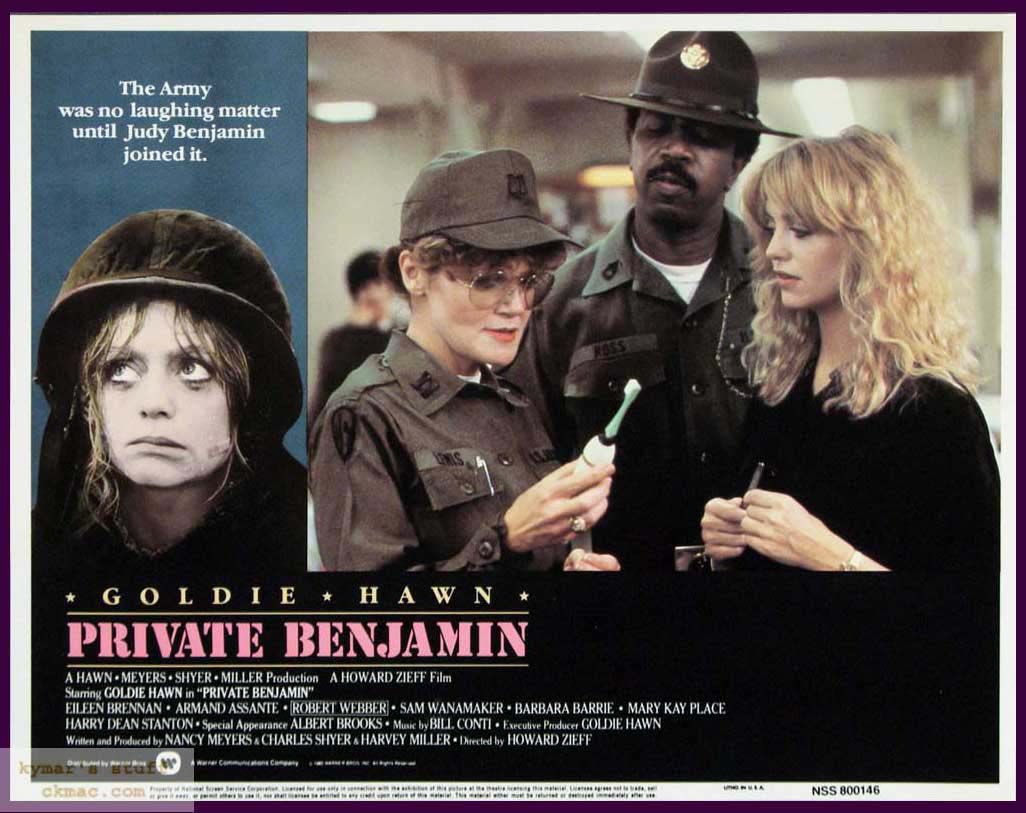 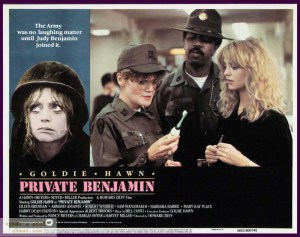 “Beware… there are mine fields out there. Most of them are inert. However, some of them are ert.” – Drill Sgt. Ross

Brief Synopsis – A young widow decides to join the Army in order to get direction in her life.

My Take on it – This movie was probably much better received when it originally came out than it seems now.

The concept of females in the Army was somewhat rare at the time and it was common for many women to just work at home instead of trying to make a life for themselves.

This movie has a feminist theme right beneath the surface and was probably quite novel at the time.

This movie was written with the idea that Goldie Hawn would play the title character and she is very good in her part.  Eileen Brennan and Hal Landon are also quite good in their respective roles.

This movie has a few funny scenes, but overall it is quite banal and I would have to actually just call it a mediocre comedy that doesn’t produce enough laughs.

A short-lived TV show was created based on this movie with both Brennan and Landon returning to play their respective characters.

Bottom Line – Not such a great movie.  Hawn has a few good moments here, but overall, just a mediocre movie that doesn’t stand the test of time.