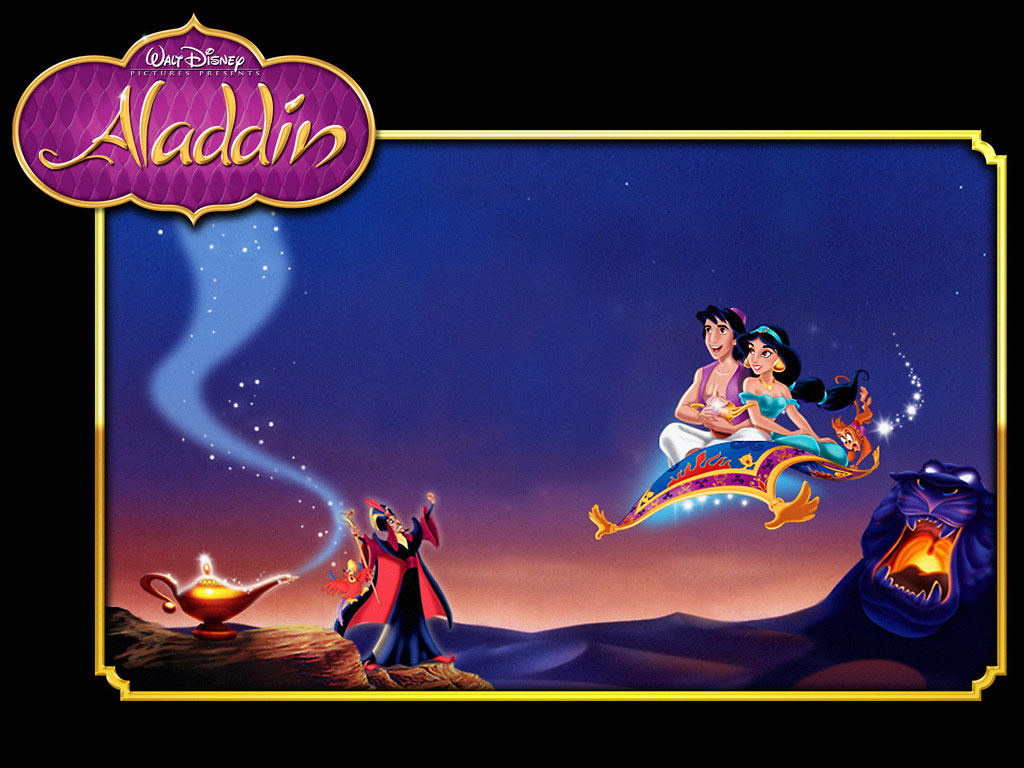 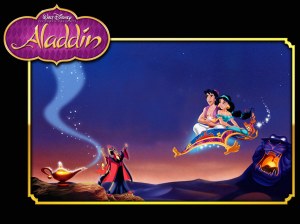 Brief Synopsis – A young tramp finds a lamp that contains a Genie and must decide what to do to try and win the love of the Princess who may only marry a prince.

My Take on it – This is one of my favorite Disney movies and I can watch it over and over again because besides the great animation, the fact that Robin Williams was chosen as the lead voice talent helps to skyrocket this movie high above any other Disney movie’s voice talents prior to this.

His ability to ad-lib, helped the animators and the screenwriters to incorporate so many great lines and jokes into the movie that never would have been there if not for him.

It’s truly unfortunate that there was a dispute between Williams and Disney mucky-mucks that forced hm to not be a part of most of the subsequent Aladdin media and they all feel lacking due to this.  The third Aladdin movie (released straight to video) had Williams, but he felt subdued there and I think it was because he still had a bad taste in his mouth from the previous dispute.

Interestingly enough, this movie caused the trend that most (if not all) subsequent animated films (Disney and others) now based at least one main character on the personality of a famous actor who voices the main character.

This movie has an amazing score and soundtrack created by Alan Menken and Tim Rice (with some help from the late Howard Ashman). It won Best song for A Whole New World and also won Best Music Score

Bottom Line – One of Disney’s best movies if not the most entertaining. Williams steals the show here and was perfectly cast as the Genie.  Amazing music that once again won Oscars for best Song and Best Score. Highly Recommended!