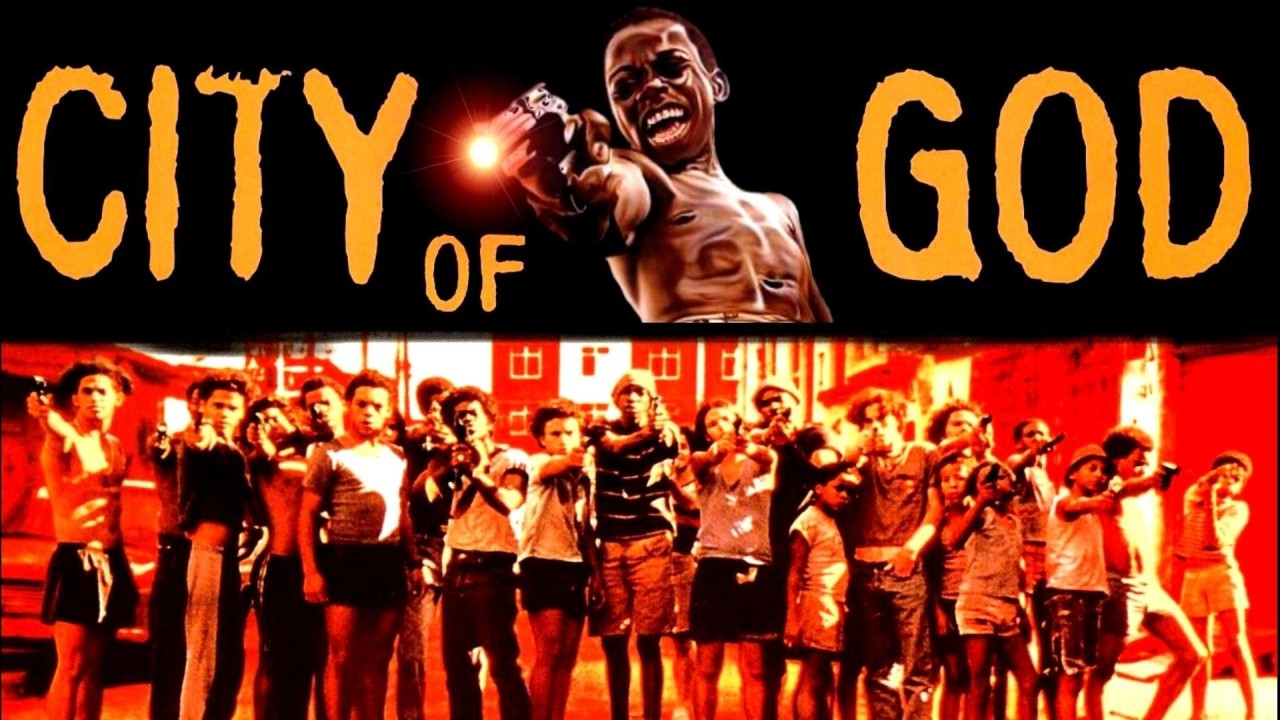 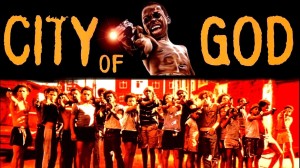 “It was like a message from God: “Honesty doesn’t pay, sucker.” – Buscape

Brief Synopsis –A young boy who grew up in the slums of Rio tells the story of how life works among the wicked in the City of God.

My Take on it – I have been purposely avoiding watching this movie for years solely due to the fact that I am by no means a fan of subtitled movies.

This movie is currently rated #21 on IMDB’s Top 250 and despite the subtitles issue, I was very tempted to want to watch this movie.

When Table9Mutant posted her review of this for Cara’s Resolutions back in Febuary, I once again was tempted to try and watch it. (who woulda thought it would only take me 3+ months to do so) 🙂

The other day, I finally got the courage to sit myself down and watch this movie.

…And I was FLOORED

This movie was totally not anywhere close to what I had expected.

Although it takes place in the slums of Rio, this movie was so captivating and interesting throughout.  I have never given much thought before as to the plight of the poor in Rio and this movie does a very good job of trying to give us some sort of explanation as to why it is the way it is.

I loved the way that this movie introduces new characters for mere seconds and then explains that their stories will come later.  The stories are all told very well by the narrator and we are given a great picture as to the politics of the region.

The majority of the cast are really people from the slums of Rio and were not professional actors.  This fact makes this movie even better in my eyes, because these non-actors acted with such realism with little to no training.

This is quite a difficult movie to watch during many of the scenes and if you aren’t used to seeing violence and drug use, I suggest you prepare yourselves before watching this.

The most disturbing scene IMHO is one dealing with a few kids.  I wont give away the scene, but I was shaking with trepidation throughout the scene out of fear as to what would happen.  I obviously have seen hundreds of films with gratuitous violence and situations, but I cannot recall a scene that so freaked me out as much as this one did just on the fear as to what might happen.

I was surprised to see that this movie wasn’t even nominated for Best Foreign Language Film at the Oscars that year, but after it had a US release in the following year, it did manage to garner 4 other nominations including Best Director (This was the same year that The Lord of the Rings: The Return of the King (2003) swept most categories, so it didn’t have much of a chance of winning anything against that juggernaut.)

This movie is based on a book which probably has better character development than was possibly in a 2 hour movie, but regardless I think they did a superb job in presenting the story and the characters involved.

Bottom Line – Great story that is told very well.  Gives a clear picture of what supposedly really happens in the slums of Rio. Highly Recommended