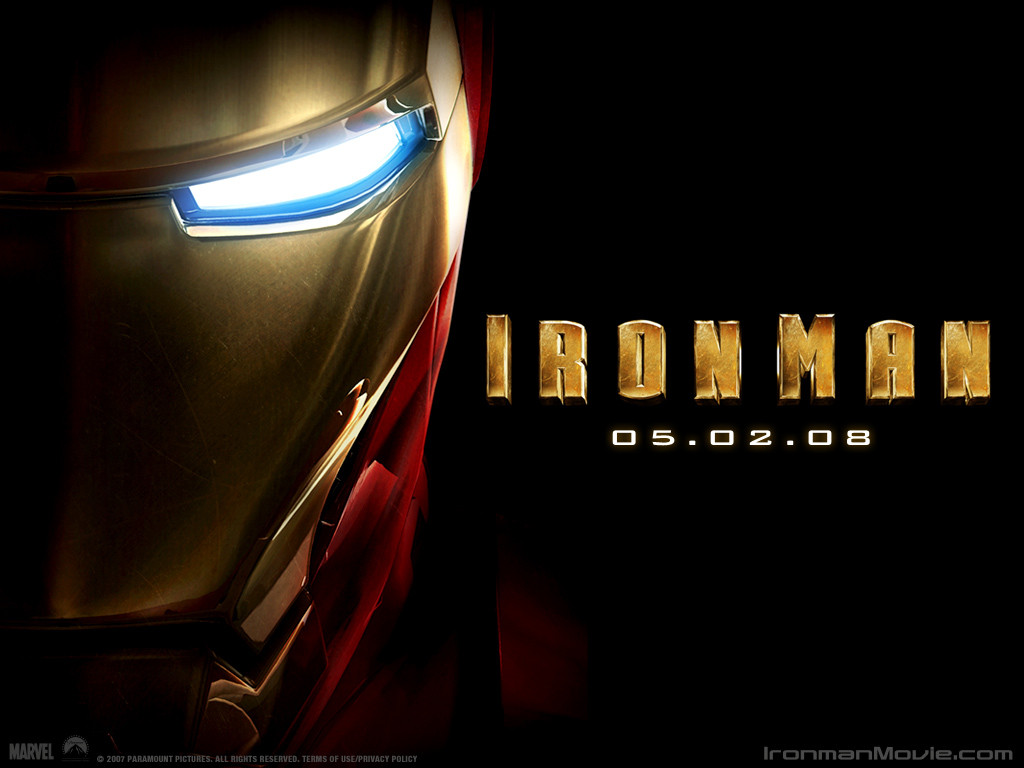 For the next entry in this months Genre Grandeur – Comic book/superhero movies, I present you with a review of Iron Man (2008) by Cara of Silver Screen Serenade.  I have so much to say about Cara and her site, but instead of me telling you what amazing things she has to offer on her site, I suggest that you venture over to her site and read this post that she just posted about her one year blogging anniversary…it truly says it all.

Suffice it to say, if you don’t already follow her site, do so NOW!!

It still isn’t too late for anyone else interested in joining in this m0nth’s Genre Grandeur, all you have to do is send me an email with your review of your favorite comic book/superhero movie to comics@movierob.net

Tomorrow, I plan on revealing what next months genre will be, but as a hint, the topic was chosen by Cara herself, so stay tuned.

“Iron Man. That’s kind of catchy. It’s got a nice ring to it. I mean it’s not technically accurate. The suit’s a gold titanium alloy, but it’s kind of provocative, the imagery anyway.” –Tony Stark

Number of Times Seen – Maybe eight or so times? Possibly more. I see it on TV all the time.

Brief Synopsis – “When wealthy industrialist Tony Stark is forced to build an armored suit after a life-threatening incident, he ultimately decides to use its technology to fight against evil.” (from IMDb)

My Take On It – As far as Marvel films go, this one is tough to beat. In fact, in my humble opinion, the only Marvel film that trumps this is The Avengers, which I was also sorely tempted to write about, but dang it, Natasha! You beat me to the punch (see her post here! 😉 But Iron Man must receive due credit—without its massive success, who knows if we’d even have an Avengers film?

So first things first: Robert Downey Jr. completely owns the character of Tony Stark/Iron Man. Seriously, could you imagine anyone else in that role? It’s like he was born to play it. An irreverent billionaire genius with a heart of gold (or rather gold titanium alloy), Tony comes off as fast-talking, quick-thinking, and supremely suave thanks to Downey Jr.’s perfect performance. He makes the character effortlessly, enviably cool. His comedic timing is great, and he’s not afraid to shed Tony’s devil-may-care attitude for some serious moments. Basically, he is impossible not to love.

…But I’ve gushed about him enough. Let’s not forget the supporting cast. Jeff Bridges does an excellent job as Obadiah Stane—a friend and father figure turned menacing, power-hungry foe. Bridges’ performance as Tony’s caring, concerned right-hand man is so genuine that unless you were familiar with the comic books before you saw the film, you were probably as surprised by his betrayal as I was. Terrence Howard is also pretty solid as Tony’s trusted friend, Col. James “Rhodey” Rhodes. Howard and Downey Jr. have a nice rapport in this film, and it’s a shame that Howard opted out of the sequels (though Don Cheadle does a good job picking up the slack). As for Gwyneth Paltrow as Pepper Potts, I’ve heard some people say they have a problem with her, but I like her well enough in the role, and I think her chemistry with Downey Jr. is evident. Also, casting Paul Bettany as the voice of Tony’s artificial intelligence system, J.A.R.V.I.S. (Just A Rather Very Intelligent System)? Brilliant.

I didn’t know much about Iron Man going into this first film, but I remember being struck by how modern the story felt—and not just via really cool technology. When Tony is taken by a terrorist group and held captive, you can definitely feel post-9/11 echoes. Though a majority of the film is set in the U.S. (primarily California, I believe), there are a few moments in Afghanistan that could be taken directly from a war film, and the group that abducts Tony truly is menacing. These aren’t spandex-clad supervillains with silly names—these are real, raw terrorists who kill men, women, and children without batting an eye. It gives a degree of realism to the superhero genre that is both refreshing and scary at the same time.

There are so many other things about this film to praise. Like the awesome, classic rock soundtrack. Or the nice vein of humor. Or the cool visuals (especially watching the suit come together). Or the excellent pacing. Or the sharp, clever writing. Oh, or the introduction of Agent Phil Coulson (Clark Gregg), who has become a staple of the Marvel world. And did I mention Stan Lee has a cameo as Hugh Hefner? Because yes—Stan Lee has a cameo as Hugh Hefner.

Bottom Line – Armed with a lead actor at his very best and a superb script, director Jon Favreau delivers one of the most satisfying superhero flicks out there. It’s funny with touches of drama and lots of action. Plus, it’s just too freaking cool. Whether or not you’re a comic book fan, this one is very enjoyable.