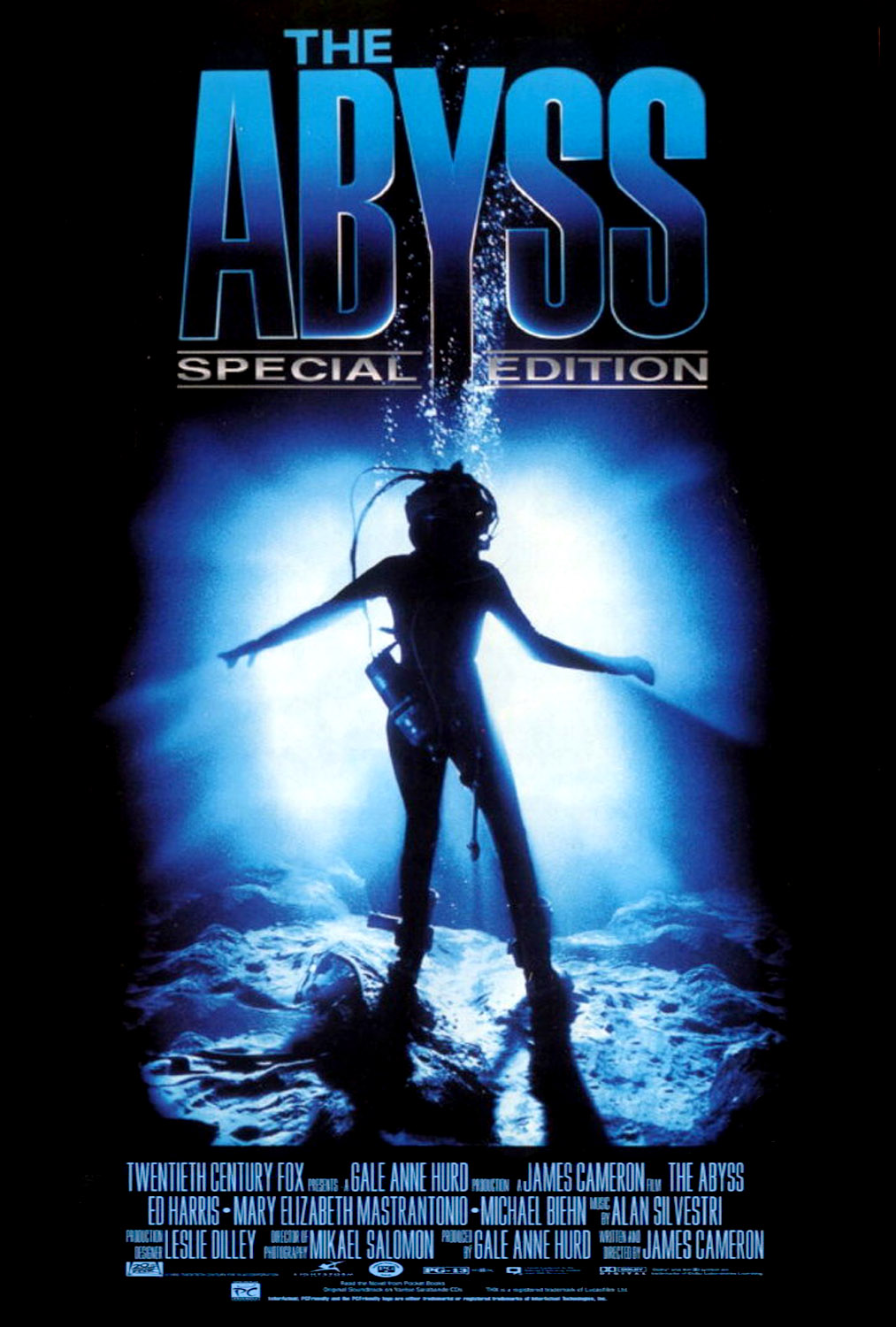 This month’s Genre Grandeur was a great success, we’ve had 12 review and this finale will be the 13th.  Thanks again to Cara of Silver Screen Serenade for choosing this month’s Genre and for contributing 2 reviews.

Make sure to get your reviews to me by 25th Aug and I’ll post them.

Thanks again to everyone who contributed this month.

Here’s a list of the Genre Grandeur – Aliens reviews from this month.

“When it comes to the safety of these people, there’s me and then there’s God, understand?” – Virgil ‘Bud’ Brigman

Brief Synopsis – “A civilian diving team are enlisted to search for a lost nuclear submarine and face danger while encountering an alien aquatic species.” (from IMDb)

My Take On It – Wow! One month does fly, huh? First of all, thank you, Rob, for letting me pick the genre this month, and thanks to everyone who participated, too! I’ve loved seeing all of these awesome reviews of alien flicks. Here’s to an excellent month! And here’s to many more amazing Genre Grandeurs! 🙂

Anyway, I’m here to close out the month of alien flicks with a film that instantly became one of my favorites the first time I saw it—The Abyss. Did you guys know that James Cameron wrote and directed this? I think when most people think of Cameron (especially people from my generation), their minds instantly go to Titanic or Avatar, which is kind of funny because in a way, The Abyss is like a cross between those two. And it definitely feels like big, Cameron epic.

Half the fun of The Abyss is in the quirky cast of characters. Leading man Virgil ‘Bud’ Brigman is a very likeable guy—brave, hard-working, funny, and, most important to his crew, a good boss. Ed Harris plays him pretty perfectly. Also, can I just point out how nice it is to see him in the role of a good guy? It seems that more often than not Harris is tasked with playing the villain, but I love him in this role! I am also quite fond of Mary Elizabeth Mastrantonio in the role of his feisty wife, Lindsey. She might come off as a little prickly at first, but you warm up to her, and by the end of the film you love her. The other crew members are pretty awesome, too. Alan ‘Hippy’ Carnes (Todd Graff) with his conspiracy theories and pet rat, Lisa ‘One Night’ Standing (Kimberly Scott) with her cowboy hat and country ballads, good ol’ boy Catfish De Vries (Leo Burmester), hulking Jammer Willis (John Bedford Lloyd)—they all make up a wonderful dysfunctional family, and they’re easy to root for.

As with most Cameron films, the visuals are pretty impressive, particularly for a film released in 1989. The aliens are filled with bright, beautiful colored lights, vaguely reminding anyone who’s seen Avatar of some of the visuals in that. And then there’s all the damage done to the rig and the mini subs. Cameron does like his watery destruction, doesn’t he? It’s impossible not to think of Titanic. All the leaking water and cramped quarters induce a feeling of claustrophobia, which, along with several other factors, heightens the tension in the film perfectly. Everything ties together to make a visually stunning sci-fi thriller.

If I have to pick on one thing about The Abyss, it’s the ending, which I refuse to spoil for anyone who hasn’t seen it. The drama and emotions build, the tension reaches its peak, and then the end is just…a little too easy. And slightly corny. And it also pushes a very heavy-handed political message. I can’t help lamenting how much more awesome the film could have been had the ending been a bit more subtle, but if that’s the only glaring flaw, then I’d say The Abyss does a pretty great job.

Bottom Line – What I love about The Abyss is that it very much feels like an outer space epic—it’s just set in the depths of the ocean, which is really just as mysterious a setting as the vast space beyond our planet. The characters are memorable, the visuals are superb, and the story is gripping. What more can you ask for? This is one I definitely recommend.