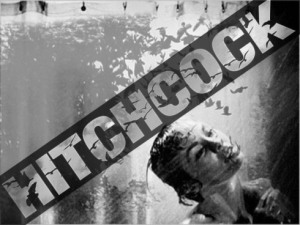 For our next review for the Alfred Hitchcock blogathon (our 31st), we present you with a review of Spellbound by Ben Moore of Beanmimo.

Thanks Ben for being a part of this!

An aloof and professional psychiatrist (Ingrid Bergman) falls for the new head of psychiatry (Gregory Peck) but once he begins to display odd behaviour (leading to a manhunt) she has to use her psychoanalytical skills to find out whether he is guilty or innocent of murder.

The first time I watched this dark chapter on Hitchcock’s repertoire was about 25 years ago and it left me with three lasting impressions: Dali’s dream sequences, the old and shrewd psychiatrist played by Michael Chechov and it was the first time I had seen Ingrid Bergman outside of Casablanca.

Audiences today will find the plot use of basic Freudian psychoanalytics very simplistic and it almost reads like a 1.01 class. But you have to remember that the practice was only emerging in the U.S. at the time and, as always, Hitchcock was eager to find new ways to freak out his audiences. Also the style of films in those decades still wore the hangover from the theatre as the art of cinema was taking its first shaky steps out of nappys. That being said while Bergman’s character attracts the misogynistic views of the day and she deals the sleazy advances death blows using psychoanalysis as a defensive weapon.

Spellbound is full of Hitchcock’s staple hallmarks. A couple on the run staying one step ahead of the police, dubious allegations and miss-directions, and, of course one of his own famous cameos, this time, in an elevator of the Empire State building. Aside from the film being dated it is slow to start and picks up about a third of the way through once the manhunt begins and then we are on familiar and enjoyable territory as is the famous director.

From my own experience of film watching I noticed that Hitchcock used elements in this film which have echoed through the decades in the works of subsequent directors such as William Peter Blatty (The Ninth Configuration), The Coen Brothers (Crimewave and The Big Lebowski), Martin Scorsese (Shutter Island), and more recently Lenny Abrahamson (Frank).

This was Hitchcock’s final film in his contract with producer David O. Selznick who had himself gone through psychoanalysis and wanted it to be the subject of a film. Selznick brought his own psychotherapist on set. When she pointed to plot points which were incorrect, Hitchcock replied “My dear, it’s only a movie.”

The famous dream sequences were planned by surrealist artist Salvidor Dali. Hitchcock was happy to let the famous Spanish artist full control over that part of the film. While Selznick was initially against Dali’s involvement he changed his mind when he realised the publicity it would bring to the production. Once Selznick saw what Dali had planned he fired him and brought William Cameron Menzies (production designer on Gone With The Wind) who shot 20 mins. Still unhappy, Selznick cut this down to about 4 mins and Menzies had his name taken off the credits.

Hitchcock originally wanted Cary Grant for the male lead, Joseph Cotton was also in the running and Greta Garbo was considered for Ingrid Bergman’s role. However Joseph Cotton did end up playing Peck’s role in two separate radio play versions of the film.

Bernard Herman was supposed to have written the score but the job went to Miklós Rózsa instead. He decided that the story warranted an unusual instrument and chose the theremin, an instrument invented less than 20 years previously. It was the first time it had been used in a Hollywood picture. Hitchcock objected to the score on the grounds that it got in the way of his direction.

Five years after the death of Ingrid Bergman Gregory Peck spoke about their relationship on the set of Spellbound. “All I can say is that I had a real love for her, and I think that’s where I ought to stop…. I was young. She was young. We were involved for weeks in close and intense work.”

Despite the ravages of time Spellbound is a solid chapter in Hitchcock’s repertoire an well worth a watch. After its release, it broke every record in London, in both famous theaters, Pavilion and Tivoli Strand, for a single day, week, month, holiday and Sundays.

5 Things you may not know about Spellbound