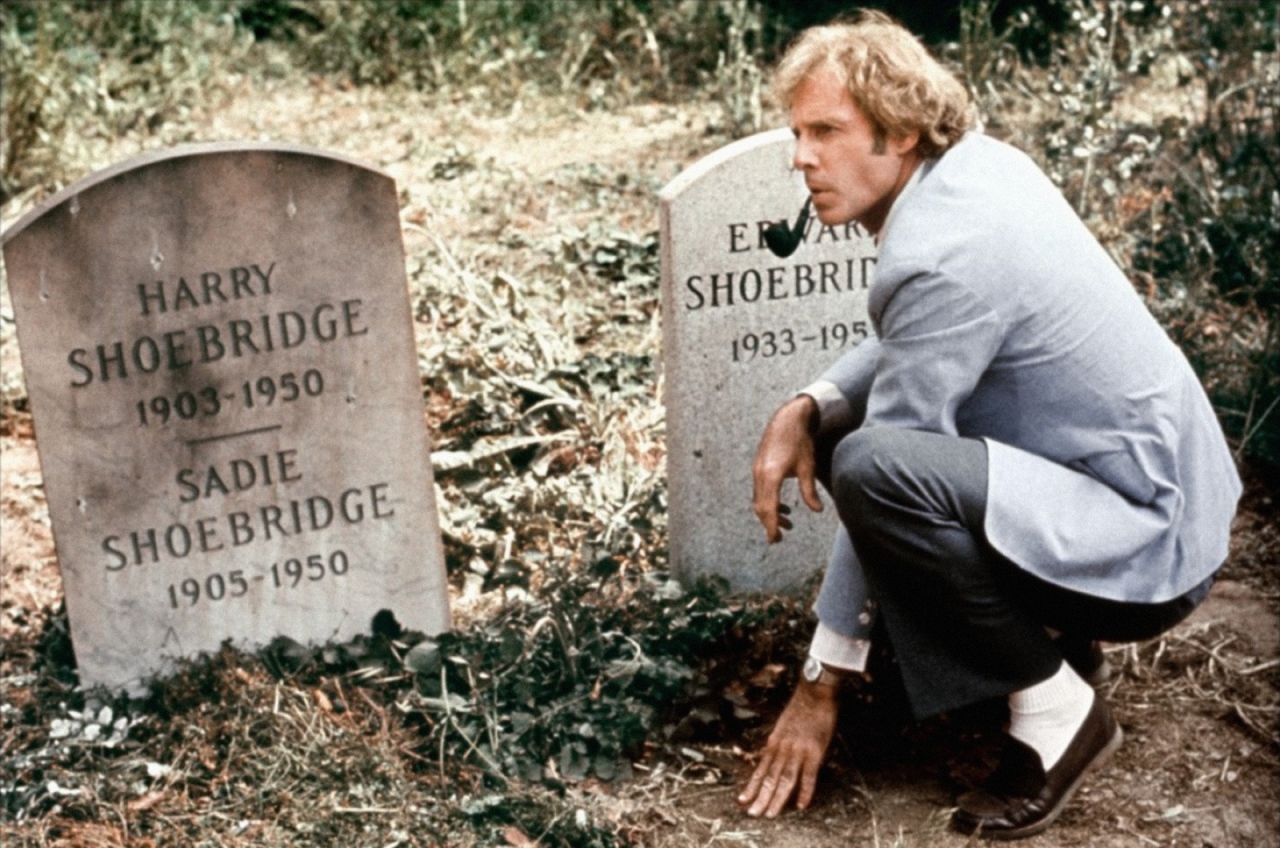 For the 53rd and FINAL review in our Alfred Hitchcock blogathon, here’s a review of Family Plot by Kim from Tranquil Dreams.

Thanks Kim for taking part!

A phony psychic, Blanche (Barbara Harris) is hired by  a wealthy lady called Julia Rainbird who is trying to track the whereabouts of the long lost son of her sister Harriet that she forced her to give up when they were young.  Rainbird is willing to compensate Blanche for her hard work  at a great price.  Hearing this, she convinces her partner and boyfriend, George Lumley (Bruce Dern) to help her play detective and follow the clues.  On the other side, there is Fran (Karen Black) and her jeweler husband Arthur Adamson (William Devane) who are are actually kidnappers.  Somehow along the way, George and Blanche’s investigations cross path with Fran and Arthur’s kidnapping.

I’m going to confess this right before I start so I don’t catch any heat for this. Or actually, I still might.  I’ve only seen the huge Hitchcock movies and I mean like Psycho, Vertigo and The Birds.  It feels a bit weird that I ended up choosing the last movie in his directing career when I’m really not that knowledgeable of anything before.  Still, a movie is a movie and maybe its even more objective without having anything before.

Family Plot is an intriguing story for the most part.  It is a tad long nearing 2 hours in length and some parts dragged out a little too much for my liking but there is no doubt that it tries to be in the thriller area with some injections of comedy.  There is really just one part that annoyed me because I couldn’t see the point of the over exaggeration of it all but I acknowledge that if you like that sort of humor, you probably might get a good laugh out of it.  Although a lot of the stuff that happens is pretty predictable and I think that only goes with how old this movie is, Hitchcock does well to build up the suspense and mystery surrounding who the missing heir is.

A really fun part of the movie and possibly the best is the dynamic between each of the couples because they both function in completely different ways but yet they are fully supportive of each other. That connection is what makes this movie really fun to watch, especially between Blanche and George.  There are many moments when the things they said just cracked me up.

Another really great thing is where he shots the film.  I think there are some nice frames and settings.  The houses, the graveyards and the atmosphere is great.  It matches well with where the story is set.

Although, I have a few complaints here and there for Family Plot.  All in all, it was a pretty nice thriller.  It was charged with some suspense and the characters were great.  The story itself unwind in a slow but pretty intriguing manner.  There’s definitely a lot to appreciate in what Hitchcock does. He balanced the suspense and the humor very well to keep me entertained throughout. I’m pretty sure that Hitchcock has some better movies but in terms of having fun watching one, this one definitely doesn’t escape that category.