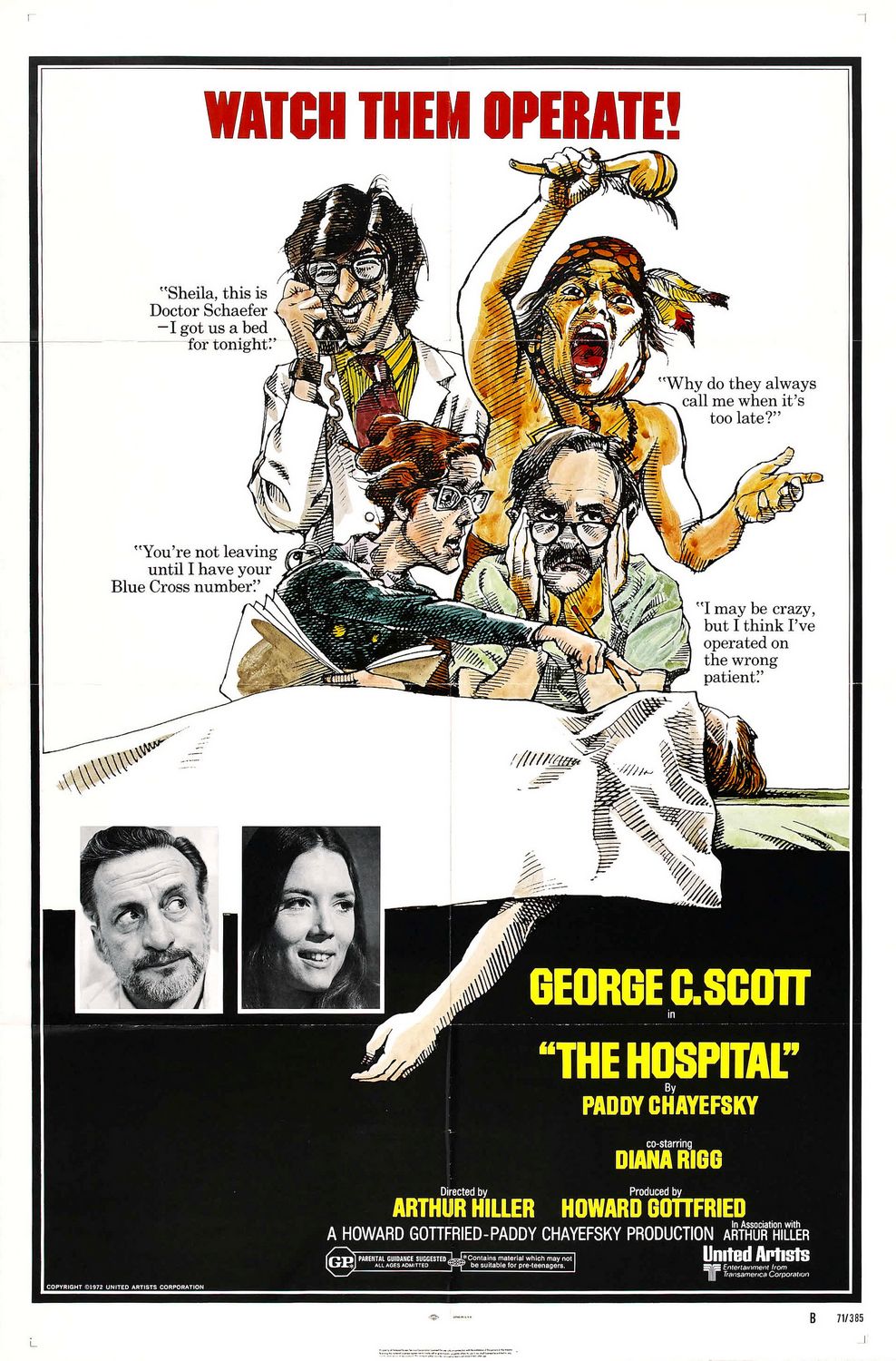 “Now what in hell am I going to tell this boy Schaefer’s parents? That a substitute nurse assassinated him because she couldn’t tell the doctors from the patients on the floor?” – Herbert Bock

Brief Synopsis – The head doctor of a busy New York hospital must deal with the day to day craziness in the halls of his hallowed institution.

My Take on it – I was very surprised at how much I liked this movie after having never heard of it beforehand.

Certain institutions always have and always will be chaotic and he chose the perfect venue for this story.

This script was most deserving of its Oscar win for best screenplay. Chauevsky was able to duplicate this feat 5 years later with Network (1976) which took a similar look at the realm of a tv news studio.

George C. Scott was a great choice for the lead role of Bock. After playing the very serious role of Patton just one year earlier, he proved that he can also play a tongue in cheek role exceptionally well.

I loved how the mysteries all played out so well leaving practically no loose ends.

Bottom Line – This is a great black comedy that pinpoints with precision many of the ‘faults’ of bustling institutions. Chayefsky wrote a script worthy of its Oscar win. After winning an Oscar for his role of Patton one year earlier, Scott proves that he can also play the comic actor just as well. Highly recommended!