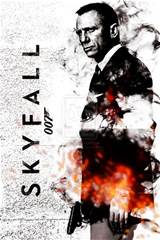 Here’s my review of the final Bond movie for this blogathon, Skyfall (2012)

Thanks to Luke, Ryan, Kim and Sherise for their reviews earlier today

“Today I’ve repeatedly heard how irrelevant my department has become. “Why do we need agents, the Double-0 section? Isn’t it all antiquated?” Well, I suppose I see a different world than you do, and the truth is that what I see frightens me. I’m frightened because our enemies are no longer known to us. They do not exist on a map. They’re not nations, they’re individuals. And look around you. Who do you fear? Can you see a face, a uniform, a flag? No! Our world is not more transparent now, it’s more opaque! It’s in the shadows. That’s where we must do battle. So before you declare us irrelevant, ask yourselves, how safe do you feel? Just one more thing to say, my late husband was a great lover of poetry, and… I suppose some of it sunk in, despite my best intentions. And here today, I remember this, I believe, from Tennyson: “We are not now that strength which in old days moved earth and heaven, that which we are, we are. One equal temper of heroic hearts, made weak by time and fate, but strong in will. To strive, to seek, to find, AND NOT TO YIELD.” – M.

Brief Synopsis – Bond is sent to find a man who has acquired a list of undercover agents before the list is published.

My Take on it – I think that Bond is always at his best when he or others around him are personally affected by the events of the story.

This movie tells us a lot about the histories of both Bond and M. in a very interesting way that we are slowly fed bits and pieces of their previous lives and it draws us in deeper to the story.

This is Craig’s 3rd outing as Bond and he is once again able to return the character to form like he did in Casino Royale (2006) and the first quarter of Quantum of Solace (2008).  He is able to again prove why he is considered one of the best actors to portray the role of James Bond.

I loved the way the plot was created giving us lots of action, suspense and also some very emotional scenes.

Craig as Bond has been shown as being human instead of superhuman like many of the previous entries in the franchise which endears us more to his character and the storyline.

Thankfully, the campyness of the Moore and Connery days are gone.

Javier Bardem is a very good villain and reminds me of Christopher Walken in A View to A Kill (1985) where he is both a psychopath but also has a clear path in his devious plan.

I enjoyed this viewing much more than my previous two times and have finally found a greater appreciation for this one.

With the announcement recently of the 4th Craig Bond movie next year, hopefully, they will be able to continue this amazing portrayal of the character and I for one am eagerly awaiting its release.

Bottom Line – Bond is back on track with this adventure that is much better than most of the others in the franchise due to it having a VERY personal story with great action.  Craig once again shows why he is one of the best Bond actors. Highly Recommended!