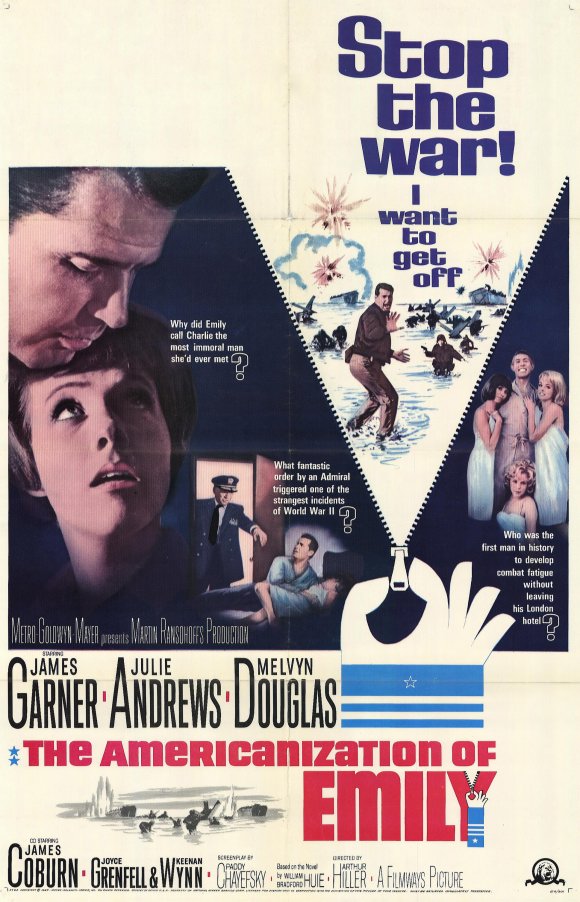 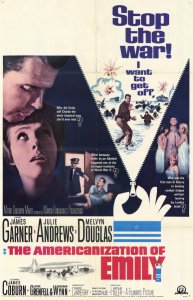 “I’m not sentimental about war. I see nothing noble in widows. ” – Lt. Cmdr. Charles Madison

Brief Synopsis – A top aide to a US Naval Admiral in the days before the d-day invasion must chose between duty and love.

My Take on it – It’s actually quite funny, I watched this movie thinking it was something else entirely.

Back in the late 80’s – early 90’s, there was an episode of my favorite TV show Quantum Leap called “The Americanization of Machiko” about a US soldier bringing home a Japanese war bride and how his family dealt with it.  I had heard of this film’s title numerous times over the years and just assumed it was the same basic premise…

Boy was I wrong.

This movie was about a soldier having to deal with life, courage and love in the final days before D-Day.

James Garner played the lead here and he was great balancing the humor, cynicism and drama needed for this story to succeed.

The script is written nearly perfectly by Paddy Chayevsky who proved so many times how great a scriptwriter he was.

The way that this story takes serious subject matter and slightly tweaks it to show humor and cynicism is done so well.

There are even a few nice surprises along the way that one might not expect from a movie of this caliber.

Bottom Line – Garner is great in this movie. This was like nothing I expected and was extremely happy with the finished product. The balance between cynicism, love and duty is perfect. Highly recommended!

MovieRob’s Favorite Trivia – According to screenwriter Joe Eszterhas’s 2004 autobiography “American Animal”, producer Martin Ransohoff removed director William Wyler from the picture as Wyler wanted to change Paddy Chayefsky’s script. It was a rare instance in which a producer supported a screenwriter over a director, particularly one of Wyler’s caliber. As Chayefsky was known to have guarantees written into his contracts protecting his scripts, Ransohoff may have had no choice but to replace Wyler with Arthur Hiller.