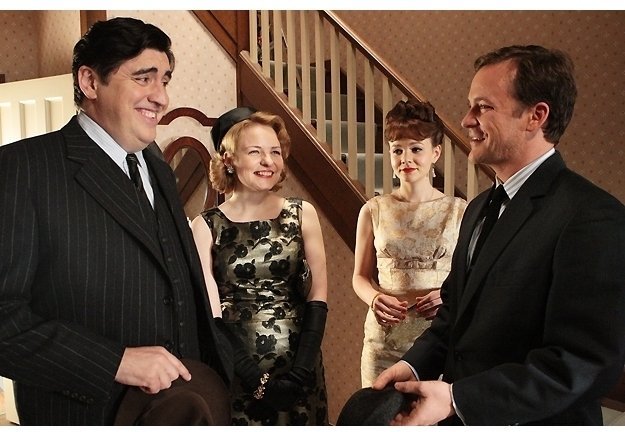 For this month’s next entry for Genre Grandeur February – Coming of Age movie’s, here’s another review of An Education (2009) – this time by Sherise of The Girl That Loved to Review

Let’s see what Sherise thought of this movie: 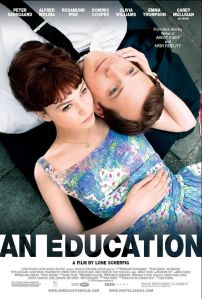 This coming of age story occurs in the 1960s and follows the both literal and figurative education of Jenny Mellor (Carey Mulligan). Jenny lives a strict life that is centered on school and the goal of going to Oxford. That is until she meets David (Peter Sarsgaard), a mysterious older man that is all about having fun.

The screenplay for An Education was adapted by Nick Hornby (who also wrote another great coming of age film, About A Boy), so it isn’t surprising how good it is. An Education is a story that a lot of girls can relate to. Not only the older man aspect of it, but also the father/daughter relationship, which is really the film’s strong suit. Alfred Molina is great here as Jenny’s strict father, Jack. He has great comedic timing, but also the emotional scenes are just heartbreaking. He wants the best for his daughter, but he’s not perfect and he makes mistakes too. David manipulates Jenny’s parents as well as he manipulates Jenny herself. Jenny’s Dad fails in his duty as a father and he feels horrendous about it. In the film’s most heartbreaking scene Jack tells Jenny “All my life I’ve been scared and I didn’t want you to be scared. That’s why I wanted you to go to Oxford.”

Jenny is ‘educated’ about quite a few things over the course of the film. Most importantly she learns about deception and betrayal. She also learns the importance of having an education and being independent. David is shown to be not what he said he was. He manipulates Jenny into nearly becoming someone she doesn’t want to be. David himself has no ‘education’ and it shows, not just intellectually. He pretends to be smart and cultured, but it quickly becomes evident that he is very immature. With Jenny, David can pretend to be the man he wishes he was. He can start over and appear exciting to a young girl. 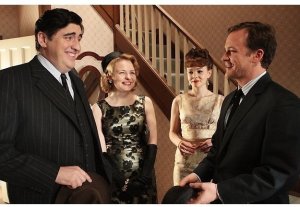 There is a lot that I enjoy about this film. I love the setting, 1960s Britain. It is very glamourous, especially when Rosamund Pike is on screen as Helen. The setting isn’t only about fashion. It also complicates the plot with some of the societal perceptions of the time. Women were still expected to get married and be taken care of by their husband, whether they were educated or not. Miss Stubs, Jenny’s teacher, is mocked because she lives alone and is unmarried. Emma Thompson is great as Jenny’s head mistress. But Olivia Williams is really amazing as Miss Stubs. She encourages Jenny to stay on her path of education, but when Jenny strays she is there to help her get back on it. Miss Stubs tells Jenny, “You can do anything you want, you know that…Is your ‘boyfriend’ interested in clever Jenny?” She is Jenny’s true mentor who never wavers.

An Education is my favorite coming of age story because it is very relatable. The film has great actors and a great screenplay. It is funny, but also very touching. I think it’s a great film for young girls in particular to watch. By the end of the film Jenny learns that “The life I want, there’s no shortcut.” The road of obtaining a true education is long, but Jenny is willing to put in the work for it. 8/10