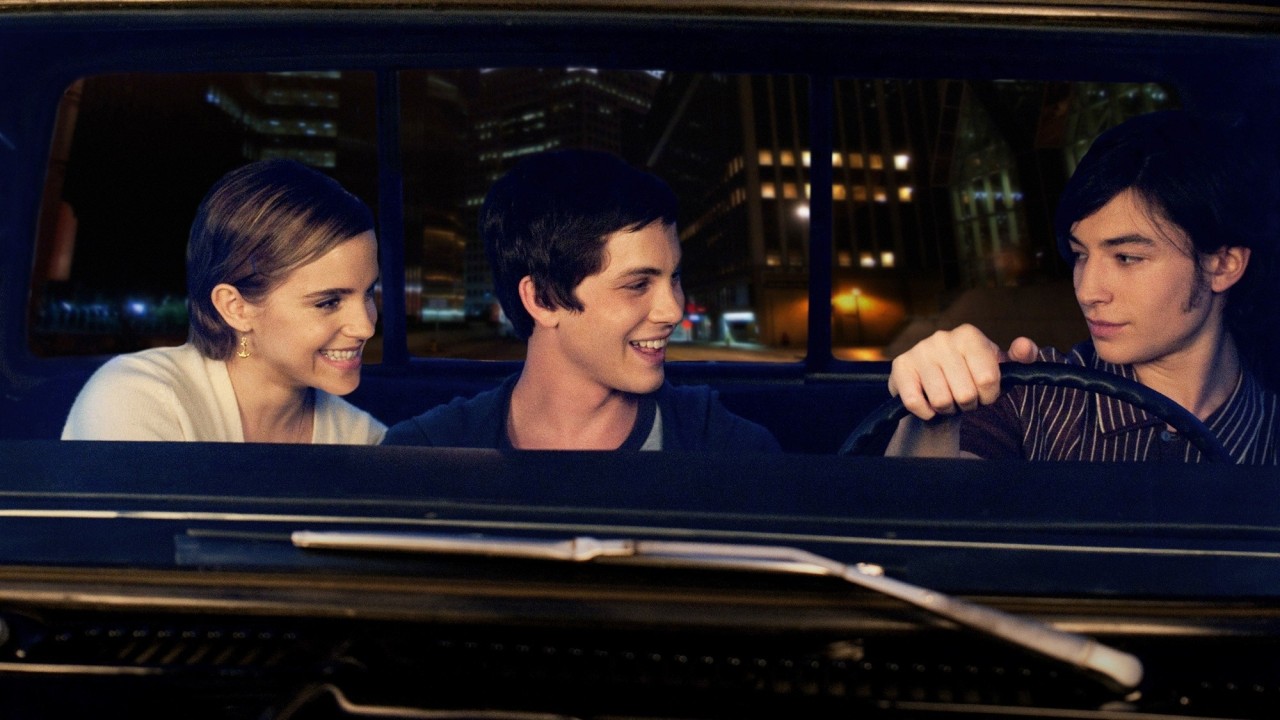 For this month’s final entry for Genre Grandeur February – Coming of Age movie’s, here’s a review of The Perks of A Wallflower (2012) by Justine of Justine’s Movie Blog who chose this month’s genre for us all.

This month we had 12 review for GG:

In addition, I watched and reviewed 8 additional movies from this genre for my Genre Guesstimation series (only 1 of them is now among my favorites in the genre)

Let’s see what Justine thought of this movie: 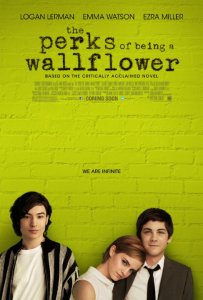 Thank you to Rob for letting me choose this month’s genre for Genre Grandeur! Coming-of-age movies have always been near and dear to my heart. As trivial as it seems sometimes, I think your adolescent years are often the times when you discover who you are and who you’re going to be, and there are plenty of movies that capture that so well.

The Perks of Being a Wallflower is one of the better depictions of how it is when you feel yourself as an outcast. Those moments I’m sure many people have experienced, when you find your place, whether it be in a certain classroom with a certain subject, or among a certain group of people, those are moments that are so wonderfully illustrated in this film.

Stephen Chbosky, the author of the book of the same name, has done something rare here. He adapted his own book to the screen and then he directed it himself. Being a mostly inexperienced director, it’s surprising to see how well it actually turned out. Having read the book a long time ago, I wondered how a film adaptation would be handled when the book is entirely written in a letter form. The main character, Charlie, writes letters to an unknown recipient about his experiences during his first year of high school, and that’s how the story is structured, entirely from his point of view. In the hands of anyone else, it might’ve suffered from too much narration, but Chbosky knew how to handle his own material. What we have here is a worthy adaptation, full of a few genre clichés, but a story that delves much deeper into adult themes than you would think it does at first glance. It’s one of my favorite coming-of-age movies to have been made in recent years, and one of those movies I’m sure to be crying by the end of every time.

Charlie (Logan Lerman) starts his first year of high school and has a hard time fitting in. The first friend he makes in school is his English teacher (Paul Rudd), who sees the potential in him as a future writer and introduces him to great literature. He eventually meets two seniors, step-siblings Patrick (Ezra Miller) and Sam (Emma Watson), who take Charlie under their wing and introduce him into their group of misfits. Charlie learns things about his new friends, like the fact that Patrick is gay and secretly dating the star football jock, and that Sam is infamous for her bad decisions and promiscuity. But Charlie struggles with his own demons as well, linked to a past ridden in abuse, depression and suicide.

Like most movies about teens struggling to adapt to their environments, Perks dabbles modestly into the exploration of drug use, although it never becomes a large part of the characters or the story. Compared to the book, the film is actually quite tame in the themes of sex and drugs. Instead, the film focuses more on Charlie’s relationships and his growth from a shy boy and observant “wallflower” into a young man who becomes less afraid of his surroundings and more eager to take part in life. He doesn’t always make smart decisions, but that’s a part of growing up, and the film does a great job of showing these things more as a “rite of passage” as opposed to being too preachy.

Charlie, of course, begins to develop feelings for Sam, although they are mostly unrequited. Instead, he watches her waste her time with a pretentious college guy. He also watches Patrick’s rollercoaster ride of a relationship with a sexually closeted athlete (Johnny Simmons), he sees his sister (Nina Dobrev) get slapped by a wimp who is sometimes referred to as “Ponytail Derek” (Nicholas Braun), and he often has flashbacks of an aunt (Melanie Lynskey), a sad woman he was close to who died in an accident on his birthday when he was little. He takes in all the drawbacks of life as everyone else goes through them.

But it’s not all doom and gloom. Perks introduces all the humorous and awkward moments of life as well, like Charlie’s first relationship with the bossy goth, Mary Elizabeth (Mae Whitman), and his fear of ever breaking up with her. It also includes some of the strange moments, like a costumed performance of The Rocky Horror Picture Show that shows a scantily clad Ezra Miller as Dr. Frank-N-Furter.

The cast in this movie is perfect. Logan Lerman is so convincing as a shy outcast. He’s easy to sympathize with, and he really brings the character into familiar territory. He’s a fantastic actor and he makes me feel true happiness or sadness depending on the scene. He’s incredible. Let’s just put it this way, by the end of this movie, there’s a 98% chance I’ll be sobbing like a baby. It’s not even that sad, per se, but it’s Lerman’s performance that kills me. Plus, the hopeful ending is like the salt in the open wound for me. Sad followed by somewhat hopeful are like the ingredients to produce an actual flowing river of my tears. 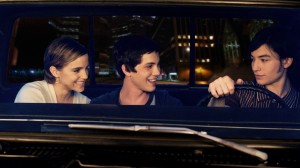 This is the first role I’ve seen Emma Watson in post Harry Potter days and it’s refreshing to see her as someone who is the polar opposite of the know-it-all witch. It’s obvious she struggles to hide her British accent at times, but I thought she captured the personality of Sam really well. Ezra Miller, after giving a chilling performance in We Need to Talk About Kevin, steals the screen with his welcoming portrayal of Patrick, who is the character that often lightens the heavy mood.

Stephen Chbosky’s empathy for his characters really shines through on screen, he did his story justice, and it’s amazing to see an author take control of his own work and be successful with it. Everything here works well together. The characters have a great chemistry, the narration compliments the story nicely without becoming too overbearing, even the soundtrack is perfect for the ’90s setting. I’ve heard people say that The Perks of Being a Wallflower is a white, middle-class, hipster’s dream. That’s kind of true in some ways, as the characters do belong to a certain classification, but that’s true for most movies to an extent. The thing that makes this universal is that it’s not just about the ups and downs of growing up in a certain community or class, but it also captures the importance friendship has on a person’s life and how it molds a person into who they are. It shows that sometimes all you need is just a few great friends to make the tough times in life a little more bearable. That was always true for me, and it’s one reason why I think this is such a great coming-of-age film.