For this month’s next review for Genre Grandeur – Latin Directors, here’s a review of Harry Potter Prison of Azkaban (2004) by Darren of Movie Reviews 101

Thanks again to Anna of Film Grimoire for choosing this month’s genre.

Next month’s Genre has been chosen by James of Back to the Viewer.  We will be reviewing our favorite movies featuring a dystopian world (past or future). Please get me your submissions by 25th April by sending them to dystopia@movierob.net  Try to think out of the box! Great choice James!

Let’s see what Darren thought of this movie…. 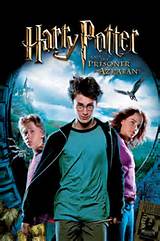 Harry Potter and the Prisoner of Azkaban

Plot: It’s Harry’s third year at Hogwarts; not only does he have a new “Defense Against the Dark Arts” teacher, but there is also trouble brewing. Convicted murderer Sirius Black has escaped the Wizards’ Prison and is coming after Harry.

Story: Harry Potter and the Prisoner of Azkaban starts by showing Harry (Radcliffe) back at his neglectful Uncle and Aunt’s house where Harry finally snaps and walks out. Getting on the night bus Harry looks for help from some friends. Along his way he learns about Sirius Black (Oldman) having escaped from Azkaban prison. Before returning to Hogwarts Harry gets warned about the danger looking for Sirius could put him in. Harry, Ron (Grint) and Hermione (Watson) journey get interrupted by a mysterious visitor searching for Sirius. With the third year changing for the student as it does for staffing with the third teacher in the defence of the dark arts. We have the same issues between the students with Draco (Felton) not liking Harry.

While Harry tries to put together the mystery of what happened on the train, he continues to learn more about his parents. Sirius continues to elude his captures and makes his way into Hogwarts leaving everyone on high alert. Harry learns more about Sirius Black and how he was connected with his parent’s murder. As always in the series not everything is as it seems but one thing remains clear that Harry Potter will learn more about the person who killed his parents.

Harry Potter and the Prisoner of Azkaban continues to fill in the blanks about Harry Potter’s parents without completely giving away everything. As a person who has never shown much interest in the Harry Potter films this one was always the one that tempted me in the past. I liked the look of the darker side to the story and I really wasn’t let-down. I feel that by taking the story to a darker level helps show where the story will be going. On the negative side I found this one kind of just ended like a large chunk went missing. This does take the series in a different direction and continues to leave things open for next time. (8/10)

Daniel Radcliffe: Harry Potter our young wizard in his third year at Hogwarts now where he learns more about his parent’s death when Sirius Black breaks out of prison. Daniel gives a good performance as the growing up wizard showing more emotion than previously. (8/10)

Emma Watson: Hermione our heroine of the three friends who has become much more involved this time around. Emma gives a good performance and with a larger involvement we see more of her in the main story. (8/10)

Rupert Grint: Ron the clumsy friend who keeps finding himself caught out in the wrong place. Rupert gives a good performance but his clumsy antics are starting to get repetitive. (7/10)

Gary Oldman: Sirius Black the prisoner of Azkaban himself trying to find out who framed him all while hiding from the creatures searching for him. Gary gives the film its first real villain even though he turns out to be good, it is the first time we actually know who is being targeted. (9/10)

Support Cast: Harry Potter and the Prisoner of Azkaban has the large supporting cast as we have come to expect but sadly this time we don’t seem to get as much as we did before from many of them.

Director Review: Alfonso Cuaron – Alfonso does a good job directing taking the story into a new direction which will be the tone for the rest of the series. (8/10)

Family: Harry Potter and the Prisoner of Azkaban is again one for the family to enjoy even if this is slightly darker than previous outings. (8/10)

Fantasy: Harry Potter and the Prisoner of Azkaban continues to keep us in the fantasy world showing us more magical creatures. (10/10)

Mystery: Harry Potter and the Prisoner of Azkaban offers up more mystery about the Potter family and the battle they had with Voldermort. (9/10)

Suggestion: Harry Potter and the Prisoner of Azkaban is a much darker film but if you have started watching them you should watch this one as it is the beginning of the change in tone. (Harry Potter Fans Watch)

Tagline: Have you seen this wizard? Approach with extreme caution! Do not attempt to use magic against this man!

Trivia: A clause in Alfonso Cuarón‘s contract forbade the director from cursing in front of the kids on set.