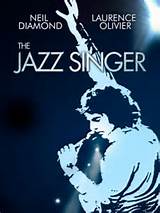 My Take on it – This is a movie that I had never seen before, but had heard a number of the songs before and loved them.

Niel Diamond will never be mistaken for a great actor, but he is truly a great musician and singer.

For this movie, he wrote and performed 10 new songs that all appear in the film.

I’ve never seen the original movie thst this is a remake of, but I do know that it was the very first full length ‘talking’ movie starring Al Jolson from 1927.

This movie ‘won’ a few Razzie awards including worst picture. I cant say it was an amazing movie but it also wasn’t as terrible as winning a Razzie would presume.

If u have a chance I strongly recommend that you at least listen to the songs especially Love on the Rocks and America.
Bottom Line – The story here is pretty mediocre, but the songs written by Diamond for this film are amazing.  They are still great 35 years later.  I don’t agree that this was so bad it deserved all the Razzies it got, but it also isn’t a masterpiece.

MovieRob’s Favorite Trivia – Near the end of the shoot, Neil Diamond was having trouble with the scene where he storms into the recording booth in a rage and has a heated argument with Lucie Arnaz’s character. During a break, Richard Fleischer looked into the glass of the recording stage and saw Diamond going berserk, smashing everything in sight. Fleischer quickly shouted action, Diamond burst into the recording booth in an absolute fury, and pulled off the scene. After shouting cut, Fleischer asked him just what happened. Diamond explained that he felt so bad he was not able to pull off the scene, he asked his band to play something that would make him angry – which was a Barry Manilow number. (From IMDB)