For this month’s next review for Genre Grandeur – Animated Sci-Fi/Fantasy (Non-Disney/PIXAR) Movies, here’s a review of The Iron Giant (1999) by Darren of Movie Reviews 101

Plot: In a small town in America a lonely boy Hogarth struggles to make friends but that is about to change when a giant robot from outer space crash lands in his town. While the robot is sent here for a more destructive motive his friendship with Hogarth will help him make the decision that will save the Earth. How will the military handle the situation when people are panicking about a potential war breaking out.

Verdict: A great animated film that has wrongfully been forgotten

Story: When it comes to animated film you need to be aiming at a younger audience. It doesn’t mean you need to ignore the mature storylines though, this has plenty of them with the overreaction towards something unknown but it also has the childhood feeling of not fitting in. The story shows you can be who you are, who you are meant to be. (9/10)

Actor Review: Hogarth Hughes – Hogarth is full of innocence and this gives him a brilliant connection with the giant as we see how two new friends first connect without judging each other. (9/10) 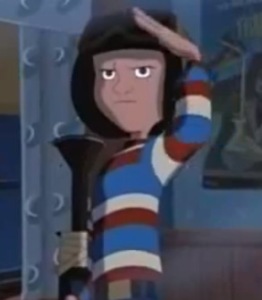 Actor Review: The Iron Giant – With the giant we get a chance to see how a machine can be sent to destroy but with enough chance of learning can become good. Iconic Performance Award (10/10) 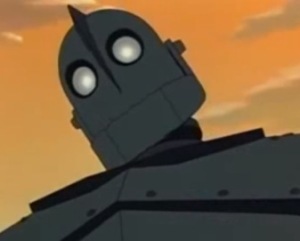 Actor Review: Annie Hughes – The standard concerned single mother who has to work too many hours to make ends meet leaving her son to sometimes get up to mastiff. (8/10)

Actor Review: Kent Mansley – Kent is against anything that comes into the world that he doesn’t know, he wants to destroy first and ask questions later. (9/10)

Director Review: Brad Bird – The first steps for one of the best directors in Hollywood today and he shows why.(10/10)

Action: Most action is saved for the final scenes with the military against the giant. (8/10)

Adventure: For children the adventure side of the story is brilliant as what boy child wouldn’t want a giant robot. (9/10)

Believability: Some military people will act this way but the overall story isn’t believable. (1/10)

Settings: The small town in Maine is a good setting but doesn’t add anything to the overall storyline. (8/10)

Suggestion: I feel all ages will enjoy this film, so I would suggest watching. If you have kids this is one that will be enjoyed by all little boys out there. (Watch)

Action Scene Of The Film: The chase for the town.

Favourite Quote: Hogarth ‘You are what you choose to be, you choose’