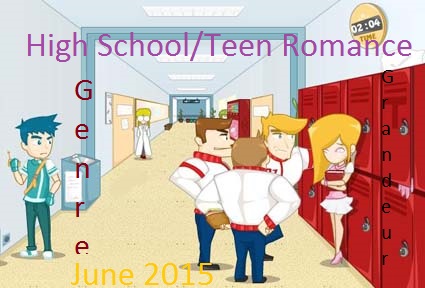 For this month’s first review for Genre Grandeur – High School/Teen Romance Movies, here’s a review of 10 Things I Hate About You (1999) by Darren of Movie Reviews 101

Thanks again to Kim of Tranquil Dreams for choosing this month’s genre.

Next month’s Genre has been chosen by Reut of Sweet Archive.  We will be reviewing our favorite dark comedies. Please get me your submissions by the 25th of July by sending them to darkcom@movierob.net  Try to think out of the box! Great choice Reut!

10 things I Hate About You

Plot: A new kid must find a guy to date the meanest girl in school, the older sister of the girl he has a crush on, who cannot date until her older sister does.

Story: 10 Things I Hate About You starts by introducing our bad girl Kat (Stiles) who hates everything being used in the school, the new kid Cameron (Gordon-Levitt), the rebel without a cause Patrick (Ledger) before meeting the trademark geek who has to show Cameron around the school, Michael (Krumholtz) teaches Cameron about who he can and can’t talk to where he gets a glance at the beautiful Bianca (Oleynik) who is untouchable.

As Cameron’s first day finishes we learn to how hard the task of getting Bianca is when the rule in the family states Bianca can’t date until Kat dates. When Joey (Keegan) the rich show off of the school takes a shine to Bianca too, while Cameron offers to tutor Bianca in French. Cameron and Michael come up with a plan to find someone to date Kat, they choice Patrick and go to Joey to make this happen.

The battle between Joey and Cameron for the attention of Bianca is on, but the question remains can Patrick manages to get Kat to go on date. As Patrick continues to try get Kat to go on a real date they both start falling for each other until the truth comes out.

10 Things I Hate About You puts us into the most unrealistic situation where our teens are all very generic but when they all end up turning up at a party you know it is only a movie. With my only negative comments about this film being aired their I will continue with a the positives. I feel this films use of Shakespeare with a twist towards an audience works very well because we end up with a very good love story that can easily be enjoyed and most importantly makes us root for the best characters. When we look back at good romantic comedies this will always be at the top of most lists because of how it is about the awkward first part of a romance rather than being heavily driven for the sex angles. (9/10) 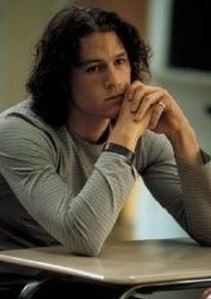 Heath Ledger: Patrick is the bad boy of the school with more alleged stories about him than anyone else, he gets paid into going on a date with Kat but little does he know that he starts to fall in love with the Kat and has to prove his love to her. Heath gives one of the best performance of his career without being one that involving too much change in his image. (9/10)

Julia Stiles: Kat is the girl that everyone is afraid off who seems to have a grudge with the whole world, she is stopping her sister from dating and ends up being chanced by Patrick. Julia was put on the map with this performance and nails every scene. (8/10)

Joseph Gordon-Levitt: Cameron is the new guy in the school who takes a shine to Bianca, he works with Michael to make the date happen with Kat so he can make a move on Bianca. Cameron uses his knowledge of French to pretend to get to get to know Bianca and Kat’s secret. Joseph gives a very good supporting performance showing he has the ability to fit in any role. (8/10)

Larisa Oleynik: Bianca is the beautiful girl who is the attention of all the school but most notable new guy Cameron and the popular kid Joey, she joins the mission to get Kat a date but learns the truth about boys as she waits around for Kat to date. Larisa gives what is would be the highlight of her career performance. (7/10)

David Krumholtz: Michael is the geek who knows the ins and outs of the school who works with Cameron to find Kat a date. He never really fits in the school with any group but isn’t afraid to make a fool of himself. David easily gets scene stealer moments through this film. (8/10) 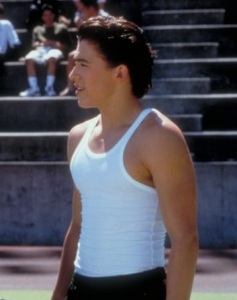 Andrew Keegan: Joey Donner is the popular kid in the school who starts paying Patrick to date Kat just so he can get himself a chance to being with her sister Bianca. Andrew plays the villainous role very well making us really hate him. (7/10)

Support Cast: 10 Things I Hate About You has a supporting cast that is mostly filled up with the adults teachers or parents who are very different to what you would expect.

Director Review: Gil Junger – Gil gives us a classic that will still be talked about by the fans years on, we will always remember the scenes created in this film. (8/10)

Comedy: 10 Things I Hate About You has plenty of laugh out loud moments that will keep you enjoying the story unfolding. (9/10)

Romance: 10 Things I Hate About You manages to balance a couple of romantic angles that all come through strongly as the story unfolds. (9/10)

Chemistry: 10 Things I Hate About You gives us good chemistry between the main romantic characters. (8/10)

Settings: 10 Things I Hate About You gives us a high school setting but the town just seems to let the kids run wild with parties. (7/10)

Suggestion: 10 Things I Hate About You is one that you really have to watch, it will make you laugh as well as giving you a good romantic angle. (Must Watch)

Worst Part: Highly unlikely to have the school like this.

Favourite Quote: Patrick ‘What is it with this chick? She have beer-flavored nipples? ’

Chances of Sequel: Does have a sequel planned.

Overall: A Classic that will forever be a film to love and enjoy watching.