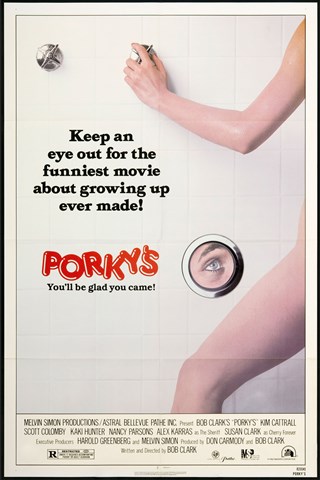 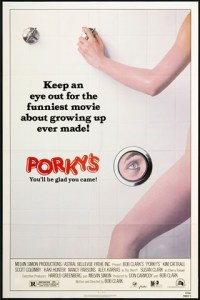 “Is Mike Hunt here? Has anyone seen Mike Hunt? ” – Wendy

My Take on it – This movie had such an impact on my pre-pubescent years.  I was 8 when it came out, but I recall sometime around age 10 sneaking a peek together with a friend while his older brother and his friends watched it.

To me, it is the epitome of the way a teen romp should be made.

The plot is super thin and every scene adheres to the idea of teens trying to get laid.

While rewatching this now, I couldn’t stop laughing at how funny the scenes were and at the same time how stupid they were.

Besides the comedy, this film also slightly touches on issues of racism that help make the story feel (a bit)  more serious.

I have no doubt, that had this movie not been as successful as it was, we might not have gotten movies like American Pie (1999) or anything by Judd Apatow.

This isn’t for everyone and by far, the best of the trilogy

Bottom Line – Great nostalgia for me despite this movie not having much of a plot, but rather being a slew of hilarious scenes about teens trying to get laid.  Helped pave the way for so many other teenage romps. Recommended!

MovieRob’s Favorite Trivia – This was the highest-grossing movie from Canada for 24 years. As of 2010, it is now third highest, having been beaten by Bon Cop Bad Cop (2006) and Resident Evil: Afterlife (2010). (From IMDB)