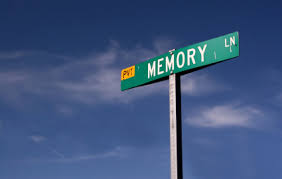 This is a new series that I hope to post every week where I discuss memorable movie memories from my past.

We all have those moments in our lives where we can still recall how we felt and it usually doesn’t have to be from the recent past.

One of those moments for me was when I saw the “new” trailer for The Phantom Menace in 1998 on-line. (I wasn’t one of the thousands of Star Wars fans who paid to see any of the 3 movies that had it attached in the coming attractions (Meet Joe Black, The Waterboy or The Seige) and then left the theater instead of staying for the full movie)

As a kid in the late 70’s – early 80’s, I loved everything Star Wars; I had a huge collection of action figures, a large stack of comics, Star Wars trading cards and of course, I saw each one of the original trilogy tons of times on cable. Jedi still holds my record for most viewings on any movie in the theater and also in general. (17 times in the theater and over 50 times overall)

When they started with the new series of SW books in 1991, I bought every one of them and devoured the further tales of Luke, Leia, Han and every one else in that Galaxy Far Far Away as much as I could.

Suffice it to say, I was ecstatic when it was eventually announced that Lucas was going to make another trilogy and when the trailer for the strangely title “Phantom menace” came out, I watched it online over and over in order to try and understand what the story was going to be about.

Watching it now, I realize where every bit fits into the story, but for those few months from when the trailer debuted in November 1998 until the movie was released on May 19th, none of us had any clue what it was all about.  Me and thousands of others just would rewatch and rewatch the trailer looking for more clues.

I can’t recall anticipating any movie as much as I anticipated this one and despite the fact that most people don’t like it so much, I’m still a HUGE fan of this movie.

In addition, there was a parody made of this trailer scene by scene with South Park characters, I was unable to find a copy, but if anyone knows of a link to it, please let me know because it was so cool watching it after knowing this trailer by heart.