This week on Movie Rob Challenge brings us the multi Oscar winning The Bridge of the River Kwai. 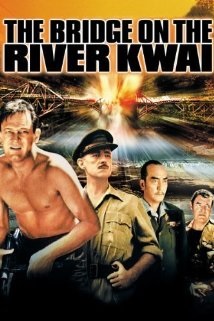 Plot: After settling his differences with a Japanese PoW camp commander, a British colonel co-operates to oversee his men’s construction of a railway bridge for their captors – while oblivious to a plan by the Allies to destroy it.

Story: The Bridge on the River Kwai starts by taking us to the remote Japanese Prisoner or War camp where a fresh batch of English soldiers are being moved in. Colonel Nicholson (Guinness) runs the unit who have to work under Colonel Saito (Hayakawa)…