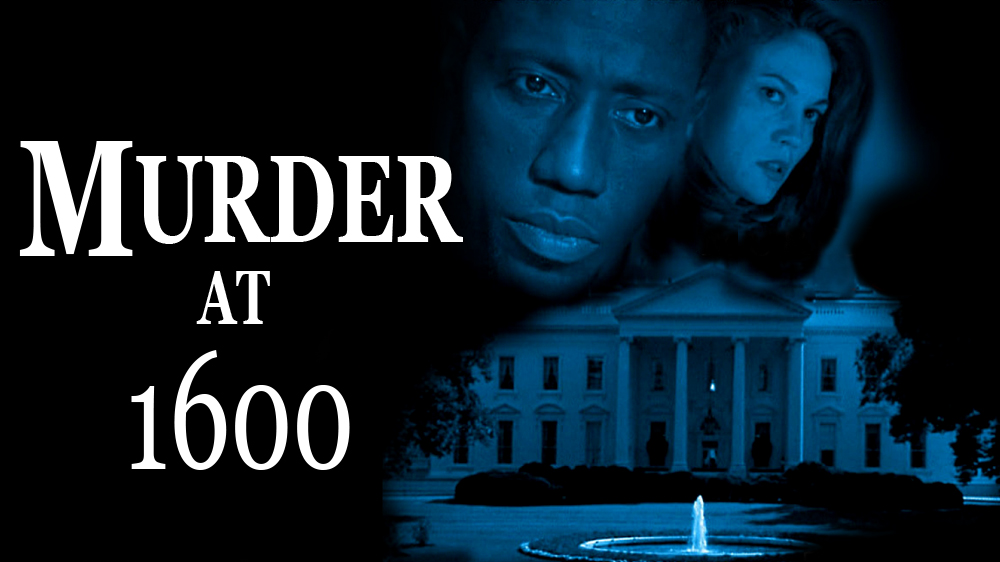 Normally, I try to review numerous movies in a franchise to celebrate these events, but when I came across this movie a few months back, I decided to wait until I reach 1600 reviews to watch this because it fits my count so perfectly.

Thanks again to all of my readers who have helped make this milestone reachable for me with al your comments and encouragement since I began this endeavor of mine 27 months ago!

“You were born to become a chalk outline.” – Agent Nick Spikings

Brief Synopsis – After a women is murdered in The White House, the Secret Service and DCPD fight over who has jurisdiction in investigating the crime.

My Take on it –  I saw this movie once 14 years ago and it was so unmemorable that I forgot everything about it.

I guess that that’s a good thing because had I recalled how generic and mediocre this plot and story is, I probably would have skipped it altogether.

Snipes is ok here in this role, but I think there are numerous other actors that might have been able to pull this one off much better including Brice Willis (who was originally offered the role).

Dennis Miller is wasted as a fellow cop and Diane Lane showed us later in her career that she is a great actress, but no one can really tell from this one.

It all feels like an extended TV procedural that goes on for too long.

Bottom Line – A very mediocre whodunit that doesn’t feel any better than a normal TV procedural and feels dragged out at certain points.  Snipes is ok, but perhaps if Willis really took the role (see trivia below) it might have been better.

MovieRob’s Favorite Trivia – Wesley Snipes got the role of Regis after Bruce Willis dropped out.  (From IMDB)