Here’s the next entry in our Argumentative August Blogathon. Check out Kim’s review of Miracle on 34th Street (1947)

Rob and I would like to once again welcome you to another review for our Argumentative August Blogathon. This next film, Miracle on 34th Street is being reviewed by Kim at Tranquil Dreams. Let’s see what she thought of this movie…. 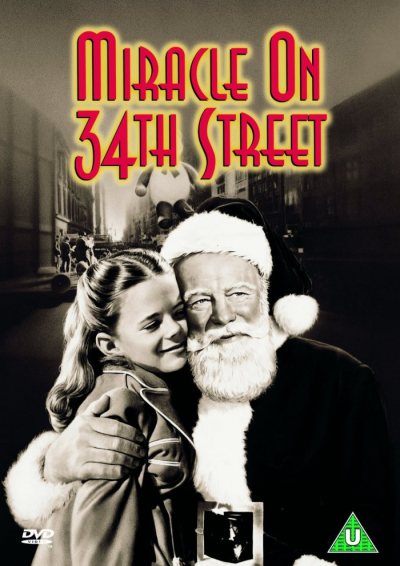 “When a nice old man who claims to be Santa Claus is institutionalized as insane, a young lawyer decides to defend him by arguing in court that he is the real thing.” – IMDB

As a kid, I watched the remake of Miracle of 34th Street. The one in 1994, of course. I’m a big fan of that one. Everything is perfect to me even it might not really be. Being in the blogosphere is when I first learned that the 1994 version was…