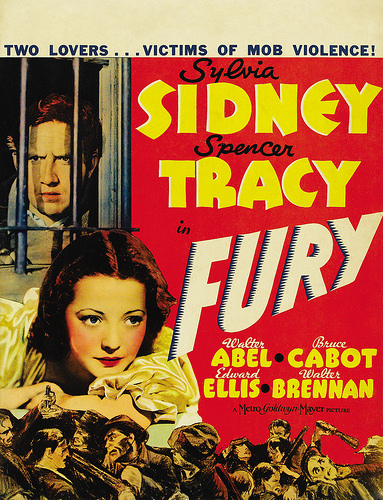 Let’s see what I thought of this movie…. 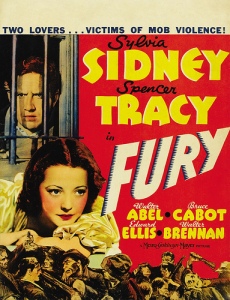 Brief Synopsis – After a wrongfully accused man survives a lynch mobbing but is presumed dead, he decides to let the courts try all of the defendants for murder.

My Take on it – I had never heard of this movie before watching this and was quite intrigued by the premise.

I knew that lynch mob justice was very prevalent in the US during the 1800’s, but didn’t know that is was also quite common even in the 1930’s.

The idea wouldn’t work as well now a days because of advancements in forensic science, but the idea is actually quite innovative for it’s time and the use of film in a courtroom back then shocked me because I never expected things to be advanced enough for it to work.

That being said, this movie almost works and due to some flaws, barely misses the mark they tried to hit here.

Spencer Tracy once again gives a performance that yet again proves how great of an actor he was at every juncture of his career.

I found it interesting how they showed the statistics of how lynch mobs were mostly ignored by the courts and the depiction of the lynching scene is quite vivid and done exceptionally well.

MovieRob’s Favorite Trivia – According to modern sources, Fritz Lang was the first filmmaker to use newsreel footage as a courtroom device in a motion picture, and may have done so before it was used in an actual court case. (From IMDB)