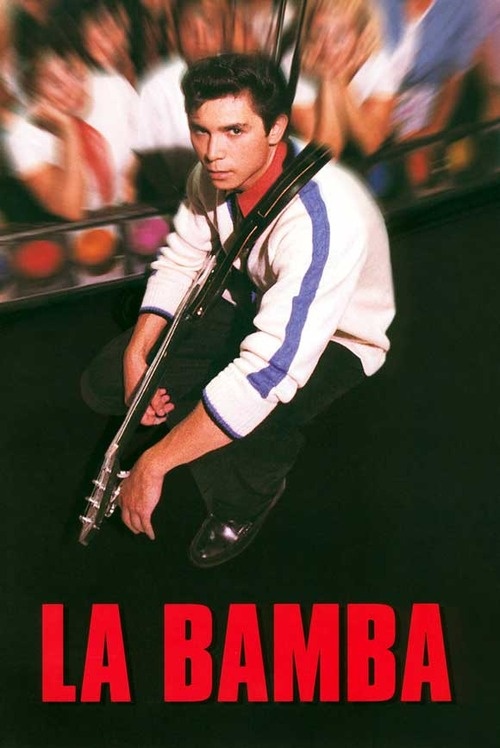 This is part of the Rocktober Blogathon over at Carly Hearts Movies.

Tnx Carly!
“The sky belongs to the stars. ” – Buddy Holly 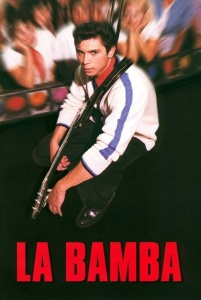 My Take on it – This is a great example of a movie that was more enjoyable when it came out in the 80’s than watching it now 28 years later.

This feels more like a made for TV movie than a theatrical movie and it takes away from the impact that it should have.

It feels too 80’s -ish and seems too cheesy of a film and the actors all give very hollow performances.

Lou Diamond Philips does an ok job, but it’s actually quite annoying watching him lip-sync because it is very obvious that he isn’t singing the songs.

All in all, this was really just a mediocre musical biopic that could have been much better

Bottom Line – Interesting biopic that just doesn’t age very well. It feels very 80ish.  It’s too easy to see that Philips voice isn’t really doing the singing and it takes away from the power of the story. Liked it much better 25 years ago when “cheese” was more acceptable.

MovieRob’s Favorite Trivia – The 1957 plane crash at Ritchie Valens’ Jr. High School which was referenced in this movie, occurred over the San Fernando Valley. A DC-7 and an F-89 jet crashed into each other over the San Fernando Valley. The two planes broke-up in the air, and the DC-7 plummeted from the sky onto the playground of Pacoima Junior High School. Valens did not attend school that day because he was at his grandfather’s funeral. At the time of the crash, students were at recess on the playground. The crew of the DC-7 were killed, as were several students on the playground. 74 more students were injured. It was this plane crash that caused Valens to have a fear of flying.   (From IMDB)