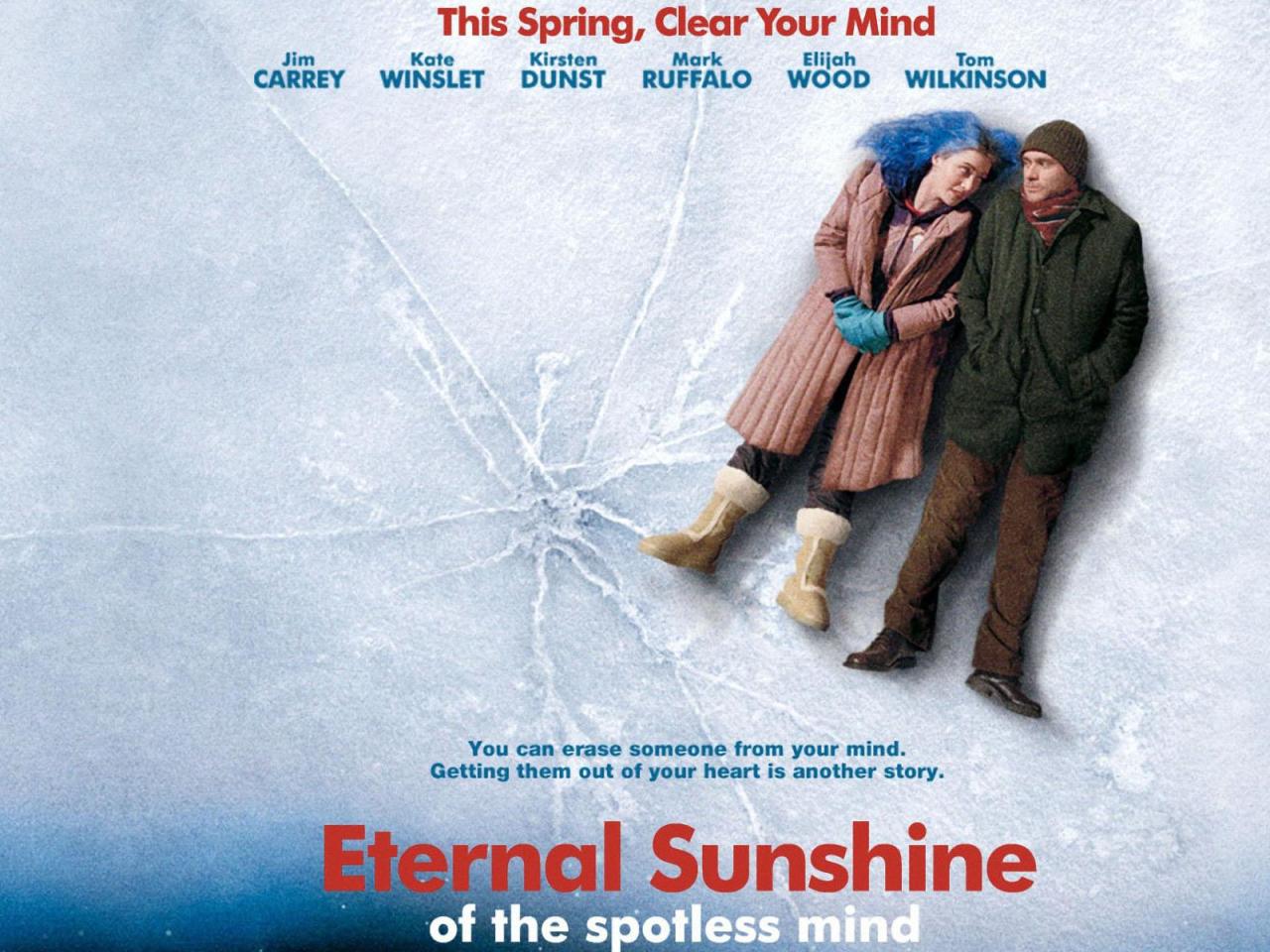 For this month’s final review for Genre Grandeur – Alternate Love Story Movies, here’s a review of Eternal Sunshine of the Spotless Mind (2004) by Abbi of Abbiosbiston.com

This month we had 13 reviews for GG:

In addition, I watched and reviewed 4 additional movies from this genre for my Genre Guesstimation series.  Unfortunately, none of them will be now included in my own favorites of the genre.

Let’s see what Abbi thought of this movie: 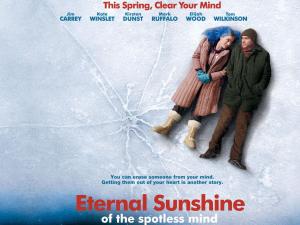 Eternal Sunshine of the Spotless Mind (2004)

Written by Charlie Kaufman, Eternal Sunshine of the Spotless Mind explores themes of love, companionship, memory and connection in a somewhat surreal way.

When Joel (Jim Carrey) meets unconventional Clementine (Kate Winslet) she is a breath of fresh air, breaking him out of his mundane life. Despite the fact that she warns him that the demise of their relationship is inevitable he falls hard and fast and soon the two are living together. But as time passes Clementine’s prophesy comes true and Joel discovers she has turned to Dr. Mierzwiak (Tom Wilkinson) for help.

Dr. Mierzwiak has pioneered a revolutionary treatment where he is able to completely remove any memories of a former love from a patient’s mind, leaving them immediately healed from their break up and unaware that the relationship ever happened. Devastated, Joel decides to undergo the same treatment but he soon realises that although he and Clementine have torn each other apart his good memories outweigh the bad leading him into a surreal race against time and his own psyche not to forget her.

As Joel’s memories unravel it comes to light that this might not be the first time that he and Clementine have been down this road and that some people cannot not help being drawn to each other no matter how many times they are doomed to repeat the same mistakes.

Devoid of any saccharine sweetness or any illusions about love, Eternal Sunshine is a thought-provoking exploration of whether choosing to share your life with someone will ever bring you anything more than pain and disappointment but whether this is still the absolute best thing life has to offer. Both Carrey and Winslet are excellent playing characters that are detailed, layered and simultaneously lovable and infuriating reminding us all of that one person in our lives who was completely wrong for us but impossible to resist.

While Kaufman along with director, Michael Gondry, approach their subject matter from an unusual angle their themes are universal and this is a thought-provoking film which is as depressing as it is hopefully. Ultimately I would definitely count it as an alternative look at romance and relationships, which is essential to the genre. 4/5