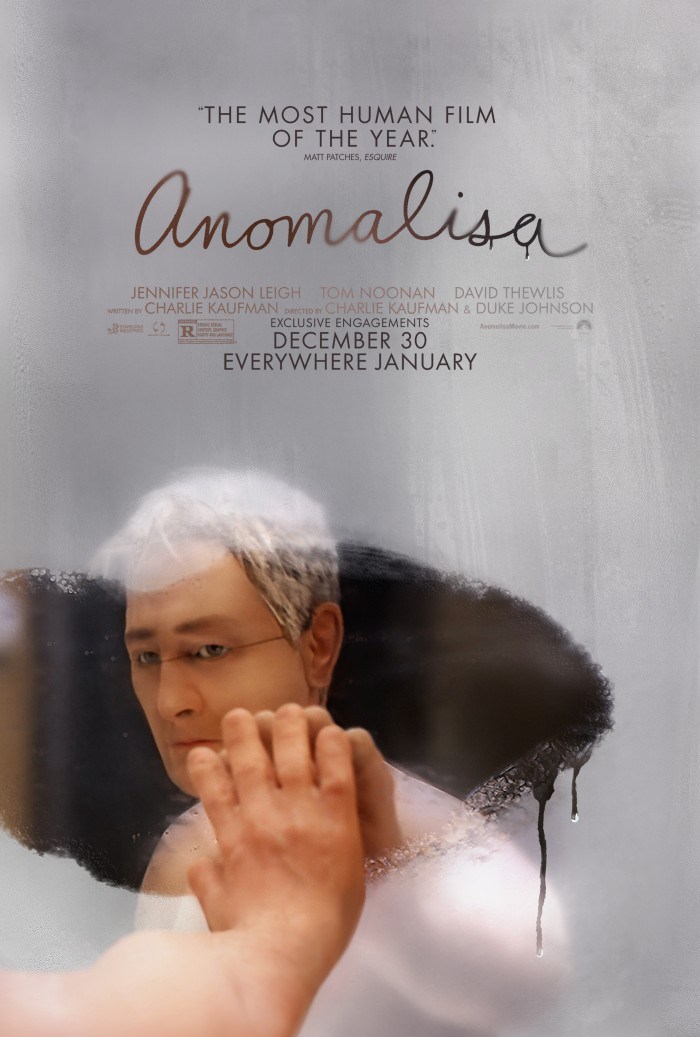 “Our time is limited, we forget that. ” – Michael Stone

Brief Synopsis – A man on a business trip tries to figure out why he finds his life and everyone around him boring and banal.

This movie is actually no exception to that rule but what makes it stand apart in my mind is how it looks visually.

I usually try not to wait too long after watching a movie before I review them, but it has been ten days since I watched this one and I still can’t decide 100% on what I thought about it.

This movie raises tons of philosophical questions about happiness and meaning in life especially when it is cyclical and banal.

The animation is wondrous to look at because it really tries to capture reality instead of just depicting an animated view like most other animated films.

I liked what this film tries to say about finding the distinct voice in the crowd from a distance and then to follow your instincts.

The use of only three acting voices really helps us focus on Michael and his issues.

Bottom Line – Never been a fan of Kaufman’s style but I liked the way he did this movie. Raises a lot of questions about what people need in their lives in order to feel more alive. Amazingly done animation tries to really capture reality instead of depicting an animated view of it. Recommended!

MovieRob’s Favorite Trivia – With the exception of the two leads, every character (male or female) in the movie is voiced by Tom Noonan. (From IMDB)