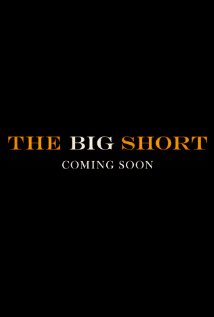 Since it’s been nearly two months since I watched most of the Oscar Nominated movies, I decided to rewatch many of them and reevaluate my thoughts on these films.  I am rewatching them in no particular order.  Here are my Optimized thoughts on The Big Short (2015) :

“I have a feeling in a few years people are going to be doing what they always do when the economy tanks. They will be blaming immigrants and poor people. ” – Mark Baum

Brief Synopsis – Four different people foresaw the impending financial bubble in 2008 and used that knowledge to make millions for themselves but can they live with these decisions?

My Take on it – Five Oscar nominations??? and there is still talk that this movie might walk away with the biggest award yet.

I’m still unsure why this movie is so well liked by so many people.

It’s told in a way that it feels as if they want to try and spend too much time trying to explain the confusing financial stuff to us, but they forget that we also want to be entertained.

It just doesn’t come off the right way for that to happen.

They should have chosen to tell this story in a straight way and then thee would be much more of a chance of it not seeming so pretentious the entire time.

Yes, there are so good performances here, but without a solid anchor in the story, it seems like lots of vignettes instead of a telling one big story that has 4 separate parts to it.

The tone of the movie needed to be done better but instead it feels as if they are talking down to the audience the entire time not really caring if we like the characters or the story for that matter.

They broke the fourth wall too much and that also hurts the realism (and flow) of this story because they feel the need to tell us over and over that “this really happened like this”.

Anyone who watches movies know that in ‘based on truth’ movies, some parts are fact and some are fiction.  There is no need to try and convince us that certain scenes are more fact than others.

I recently saw Inside Job (2010), which won the Oscar for Bets Documentary in 2010 and that was told in a more coherence way and after seeing that one, my opinion of this went down even further.

Bottom Line – Still can’t believe this got so many Oscar nominations. The story just wasn’t told in the right way and instead of trying to dumb down it all, they should have told it in a straight fashion.  Was done too pretentiously and I didn’t enjoy the tone of it at all.

Oscar Best Picture Worthy? – Not at all, of the 8 nominees, this IMHO is the weakest mainly because it has no anchor and is way too pretentious.  People like movies that talk to them, not ones that talk down to them.

MovieRob’s Favorite Trivia –  Christian Bale does not share screen time with any of the other top-billed cast members. (From IMDB)