Well, the time has come.

Here are my “locked in” Oscar picks for this year.

I made two bold predictions in Best Picture and Best Supporting Actor, but I decided to go with my gut here.  I think Spotlight (2015) is a better film (despite not being an epic) than The Revenant (2015) and I hope that the Oscar voters think that way too. If The Revenant wins, I’ll still be happy, because it IS my #2 in what I believe can win the award.  That being said, I’ll be quite disappointed if The Big Short (2015) takes home the BP Award.

Regarding Best Supporting Actor, I know that just about everyone and their mother predict that Sly will win for Creed (2015), but my hope is once again that the voters vote for the actual BEST performance and that clearly goes to Mark Rylance in Bridge of Spies (2015).

I think the rest of my picks go along with the mainstream guesses, but we’ll find out in about 15 hours (give or take) what The Academy members think of this.

Let the fun (and countdown) of Oscar begin!!! 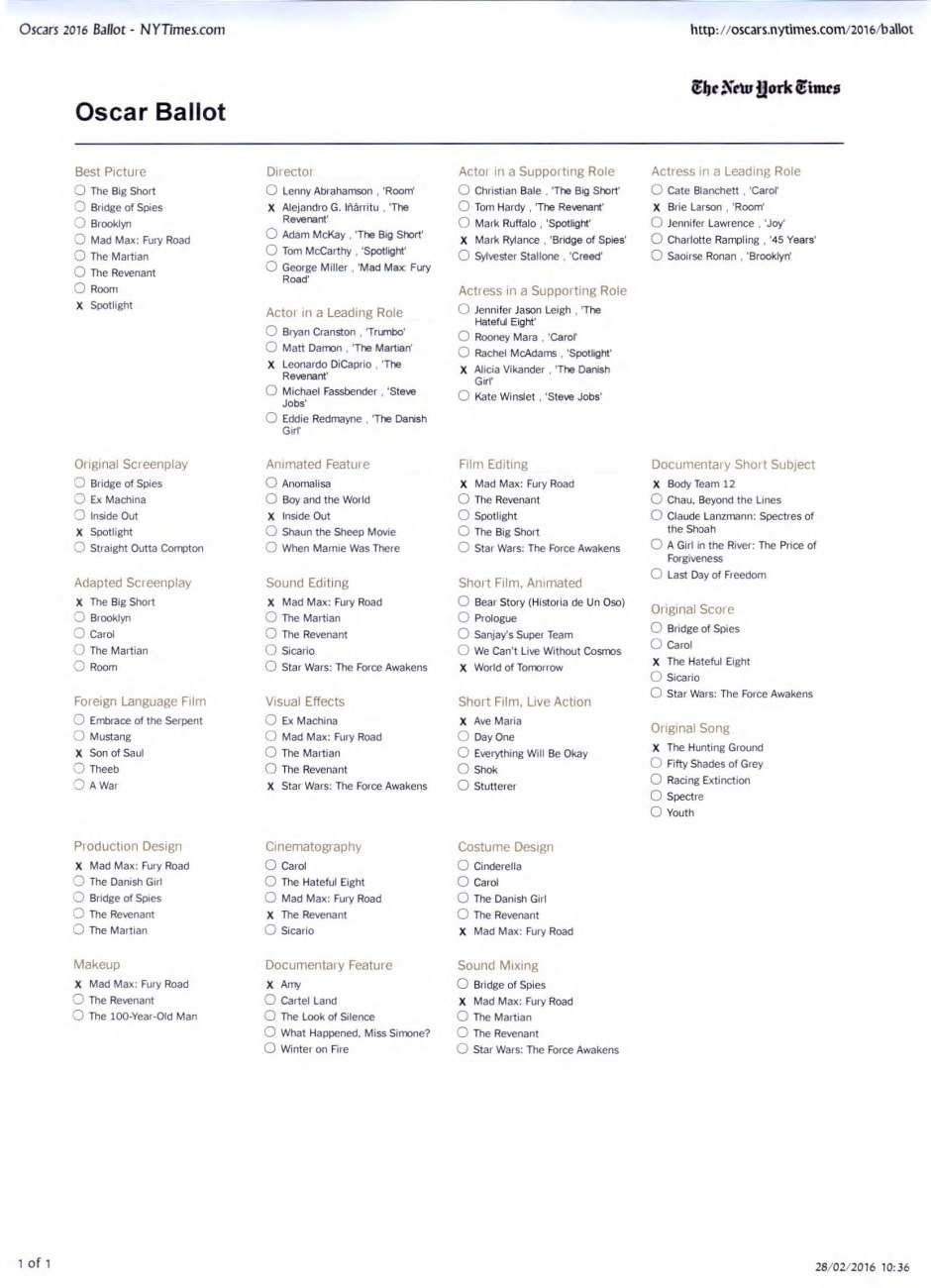