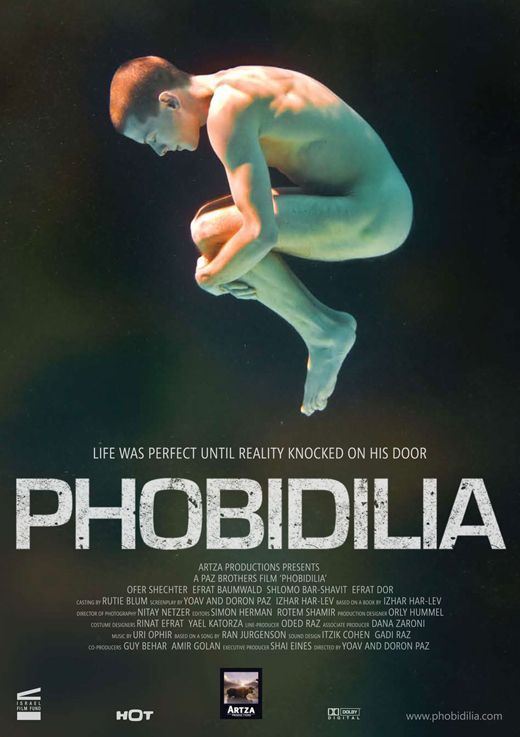 “You have no idea who you are dealing with.” – Grumps

Brief Synopsis – A man living a life of solitude in his apartment finds everything changed when he receives a visit from a stranger.

My Take on it – After watching Jeruzalem (2015) and being impressed with some of the camera and storytelling work of the Paz Brothers, I came across this film, which was their first directorial movie.

Unlike their recent film, this one is almost entirely in Hebrew with English subtitles, so anyone not liking Foreign language film, be forewarned.

The concept here is actually quite an intriguing one because it creates a plot around the fact that people nowadays survive in a different way than days gone by.

It use to be that in order to get something we needed, we were required to go out and get it, but now we live in a world where we can have anything and everything brought to us without the need to leave our house, with the minimal amount of required human contact.

The main character of this story hasn’t left his apartment in years because he doesn’t have to.

He has cable TV, internet, a phone and works as a programmer from his own home.

He doesn’t feel the need to leave and has only the bare contact with other humans who either come to his door or call him on the phone.

This concept says so much about the kind of world we live in that allows for such eccentricities.

There are basically 4 main characters here, but the story is told in such a way that we feel that there are many more.

As a social commentary, this movie says so much about what we have created in this world and it truly is sad that there are people who choose to live like this.

Parts of the story get a bit extreme as the film goes on and I think that’s the weakness of the film; instead of focusing more on the social issues, it goes off on tangents that are unnecessary and unfortunately loses its focus around the half way mark.

Bottom Line – Interesting concept that unfortunately takes too much to the extreme. Liked the way they skillfully used four actors in the movie, but still made it feel more diverse. Says so much about the kind of world we live in that people can truly and literally live their lives in an apartment without ever needing to leave.