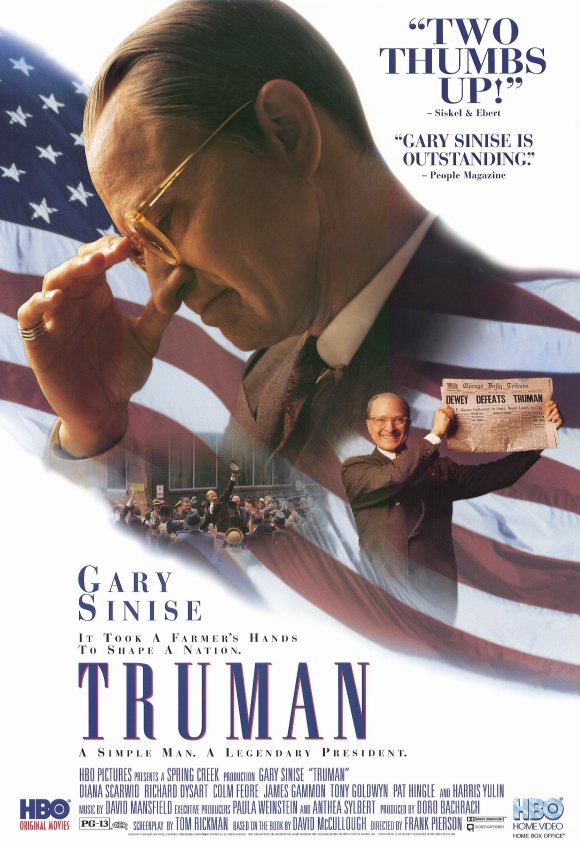 I don’t give ’em hell, I just tell the truth and they think it’s hell.” – Harry S. Truman

Brief Synopsis – Biography of harry S. Truman, a reluctant and humble U.S. President who had to make some of the hardest decisions ever for his country.

My Take on it – Being a fan of US Presidential history, I’ve always been a sucker for a good (or even better a great) biopic of them.

Unfortunately, not many have been made and most of them are a bit weak, but this one is definitely one of the best.

Gary Sinise is superb as the title character and deservingly won a Golden Globe for this role and was nominated for an Emmy also for it.

This film also won an Emmy for Best Tv Movie.

This film gives us a great overview of the humble and soft spoken U.S. President and by the end, we really feel as if we know so much more about Truman than possible in such a short time span.

We get to see how he started off as a haberdasher and ended up being one of the most reluctant Presidents ever despite having such a huge impact on the world and history itself.

Bottom Line – Excellent biopic of Truman with a superb Sinise as the great President. Gives us a nice overview of the man and his life while still showing us what kind of person he was. Sinise won a Golden Globe for his portrayal and the film deservingly won an Emmy for best Made for TV Movie.  Excellent supporting cast with a lot of well known actors playing small but important parts. Highly Recommended!

MovieRob’s Favorite Trivia – The scenes of Truman’s election night were filmed exactly where Harry Truman spent his election night. Truman went to bed on election night with reports predicting his defeat by Dewey at the Elm’s Hotel Resort and Spa in Excelsior Springs, Missouri, USA.  (From IMDB)