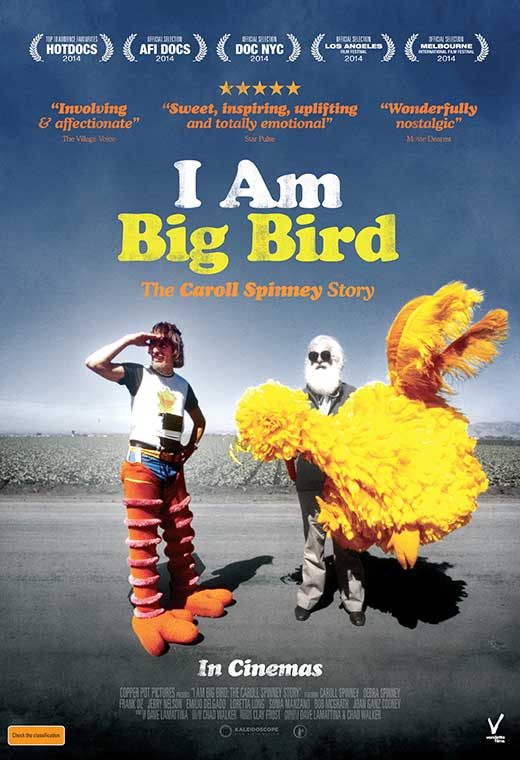 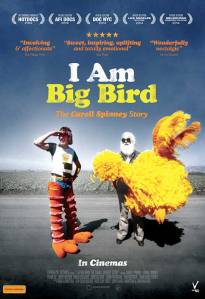 “I have always loved Big Bird because he’s… complicated. So he has a lot of emotional qualities that a lot of the muppets don’t have.” – Sonia Manzano

Brief Synopsis – Documentary about the life of the man who created and has portrayed the character of Big Bird on Sesame Street for 45 years.

My Take on it – There probably aren’t many kids who grew up in the 70’s and 80’s who don’t know and love Sesame Street.

This is a behind the scenes look at the man who created the characters of Big Bird and Oscar the Grouch.

We get to see how the top kids show came to be and how these two characters were created by a struggling puppeteer named Caroll Spinney who happened to meet Jim Henson and then the two of them started on a lifelong adventure together.

I really wish that this movie would’ve been longer because it was so much fun meeting and learning all about all about Spinney’s life and I didn’t want it to end because it helped transport me back to my childhood.

It has some very emotional scenes with the Jim Henson memorial and Mr. Hooper’s death being among the highlights.

Bottom Line – Excellent documentary about how one of the best children’s TV shows came to be and how the characters of Big Bird and Oscar were created by Spinney and would endear us all to both of them. Shows many of the highs and lows in Spinney’s life but ultimately, we get a clear understanding of how one of the most universally lovable children character came to be endeared by so many over the past 45 years. Highly Recommended!

MovieRob’s Favorite Trivia – The film was partially funded by fan donations. More than $120,000 was raised for the film after people donated amounts between $1 and $10,000.   (From IMDB)