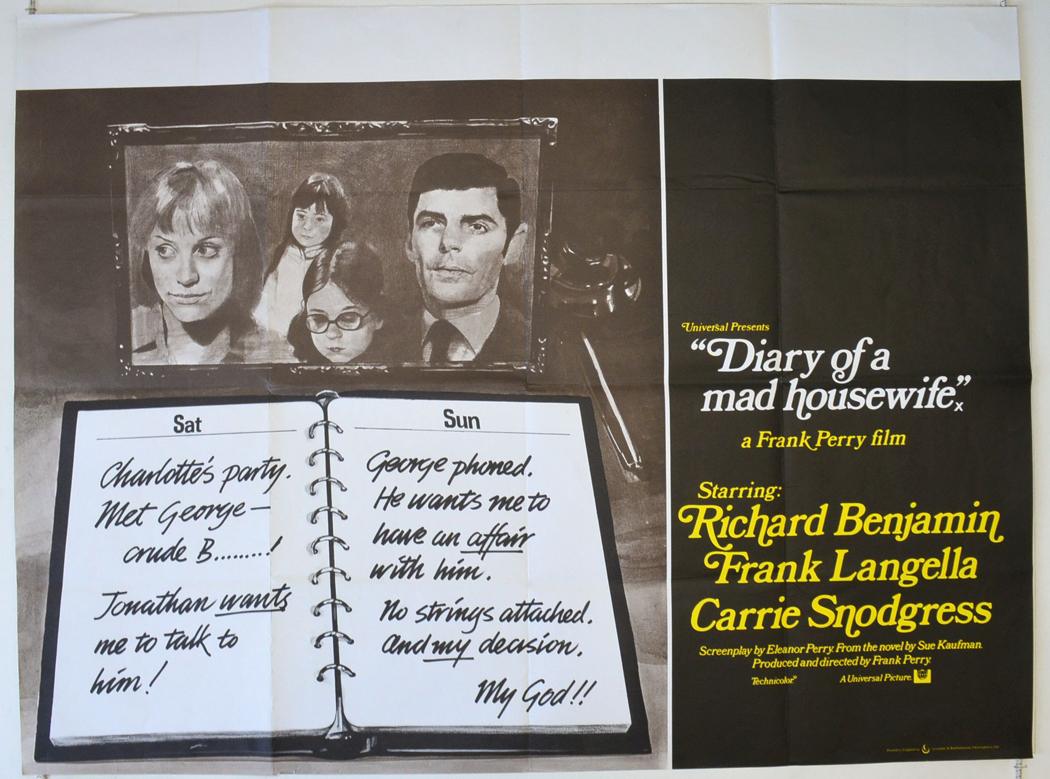 “[exhales annoyed] Your life really is full of crap isn’t it? ” – George

Brief Synopsis – A bored housewife who feels no love from her husband considers having an affair.

My Take on it – This is a very interesting look at how a home life can be affected by the constant clamoring of someone up the social and corporate ladder.

He doesn’t care who he steps on or hurts and we see the emotional abuse on his wife and the on the family as a whole.

I must admit that it was slightly disturbing watching such a young Langella because I’m use to him in more forceful roles.

This was apparently his film debut which says a lot about his very long career.

Bottom Line – Very interesting take on the home life of a successful lawyer and his family while he tries to climb the social and corporate ladder not caring who he steps on. We really feel for his wife and the family as a whole. Nice cast helps make this work despite it being jolting watching Langella at this age. Recommended!

MovieRob’s Favorite Trivia – According to Carrie Snodgress, actor Richard Benjamin insisted that he and Carrie not have any interaction off-screen in order to have their onscreen tensions be more believable and authentic. (From IMDB)