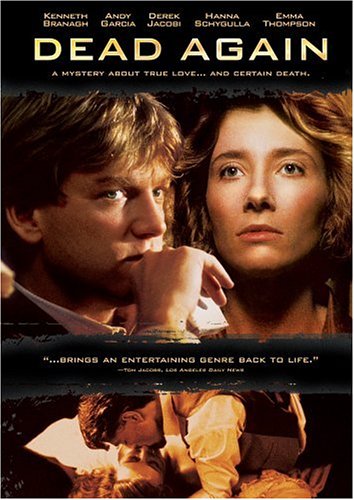 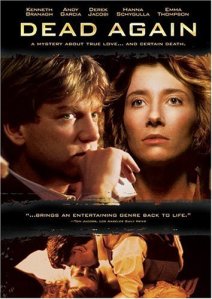 Brief Synopsis – When a private detective takes on a case of a woman with amnesia, he gets more than he bargained for when it seems as if their is a connection to a murder committed over forty years earlier.

My Take on it – When most people look at Kenneth Branagh’s directorial resume, it’s quite clear that a majority of his films fall into the classical Shakespearean category.

This film immediately stands out because it is both American and contemporary and doesn’t seem to clearly fit with the likes of Henry V (1989) or Hamlet (1996).

Upon further review, one can see that this film has many Shakespearean connections to it and although contemporary, it could theoretically be considered similarly themed to the classic tales of old.

The choice of Branagh as both Director and star here was such a great one.  He then cast his then-wife Emma Thompson and his mentor, Derek Jacobi in pivotal roles. Both have Shakespearean backgrounds that really add even more depth to their characters.

In addition, Robin Williams, Andy Garcia, Campbell Scott and Wayne Knight all have great smaller roles that add to the gravitas of the whole story.

The script is near perfect because it adds in so many twists and turns when you don’t expect them.

Branagh also brought along his longtime musical partner Patrick Doyle to write the score; it is breathtakingly mysterious and haunting and gives so much more life to the story.  The climactic scene towards the end is especially enhanced by this music.

I truly love this movie and can watch it over and over because it is done so well.

I also enjoy a number of other films directed by Branagh, but this is (so far) my favorite because the story is so great.

Bottom Line – Great contemporary Branagh movie that has such a Shakespearean connection that it is clear that he was the best choice to star in and direct. Excellent cast all around. Amazing script that has some amazing twists and turns along the way. Score by Doyle is both haunting and mysterious at the same time and gives so much life to the story. Highly recommended!

MovieRob’s Favorite Trivia – The film was shot entirely in color and was intended to be released that way. It was decided during editing, however, that the movement between past and present could be made clearer by printing the Roman and Margaret scenes in black and white. Kenneth Branagh comments on the DVD that the costume and set designers were disappointed by this, because they would have used different colors for those scenes, which would photograph better in black and white, had they known this. (From IMDB)