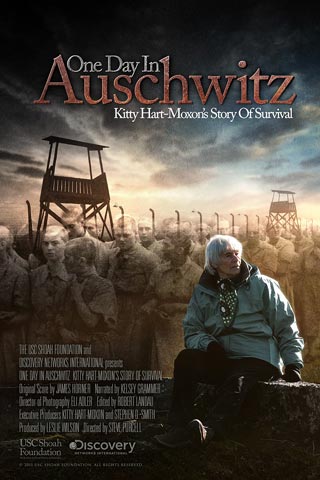 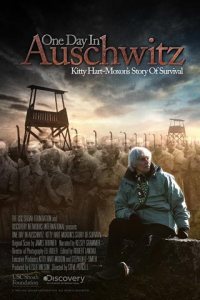 “Designed as a factory of death, no one was intended to survive, let alone describe its inhumanity to a world not yet ready to listen.” – Narrator

Brief Synopsis – Documentary depicting the story of life of prisoners in the Auschwitz death camp during WWII told from the perspective of an 88 year old survivor who takes a trip there with two young girls who are the same age as she was when she and her family arrived in 1943.

My Take on it – I heard about this movie about two months ago and purposely waited to watch it until last Thursday which was Holocaust Remembrance Day on the Jewish Calendar.

Being a Jew, I am very connected to the stories and horrors that happened to my people 70+ years ago and as harrowing and heartbreaking that it is to watch films like this, I make it my duty to do so in order to understand and pass on the information to future generations.  The heroism of many of the survivors who managed to make it through a living Hell always gives me hope when I reflect on their hardships which eventually led to their liberation.

This film was a very powerful and moving experience for me because although I have heard from numerous survivors tales of life in the death camps, they never quite went into details the way this one does.

This film has interviews with survivors, historians and experts on the camps in order to try and give us the widest perspective of what happened in Auschwitz on a daily basis.

Each prisoner had to constantly make decisions that they never knew what to choose; one choice could mean death, the other life or some other combination of the two.  The unknown factors always made these decisions even harder to make.

I am always happy when movies like this are made because it will help preserve the memories of the elderly survivors who will one day soon no longer be around to tell us these tales first hand, so video is the best medium to keep the stories for all to know.

Bottom Line – Very moving and emotional documentary because we get a first hand look at what daily life was like in a Nazi extermination camp told from someone who lived through it. The interviews with experts and survivors gives us a very clear and vivid perspective of the hardships and difficult life defining decisions the prisoners needed to make on a daily basis. It’s great that documentaries like this are being made in order to help preserve this information that will be lost in ten or twenty years from now when all of the survivors will no longer be around to tell us their stories. Highly Recommended!

MovieRob’s Favorite Trivia – Kitty Hart-Moxon, OBE (born December 1, 1926) is a Polish-English Holocaust survivor. She was sent to the Auschwitz-Birkenau death camp in 1943 at age 16, where she survived for two years, and was also imprisoned at other camps. Shortly after her liberation in April 1945 by American soldiers, she moved to England with her mother, where she married and dedicated her life to raising awareness of the Holocaust. She has written two autobiographies entitled I am Alive (1961) and Return to Auschwitz (1981). (From Wikipedia)