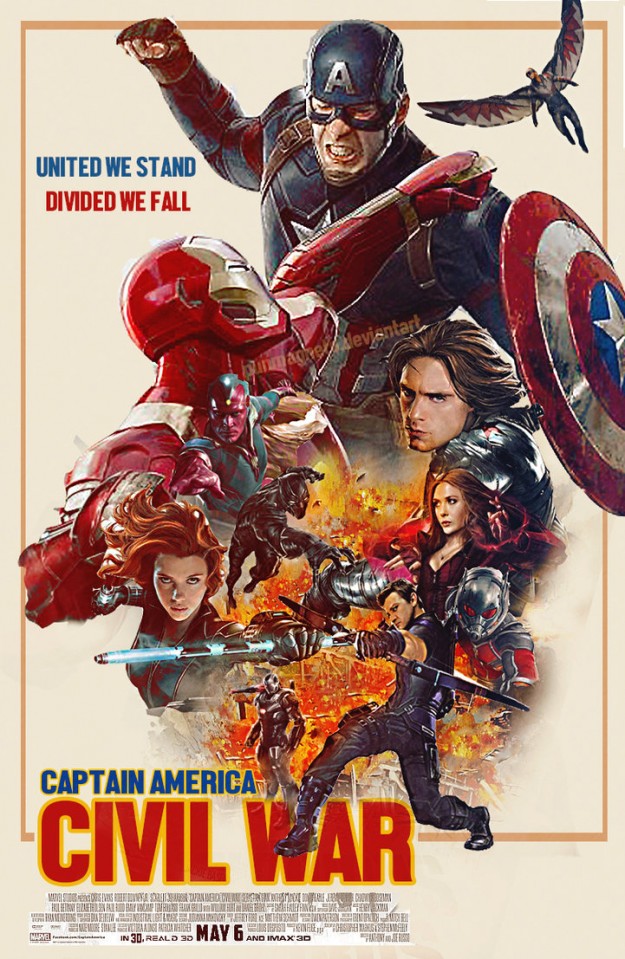 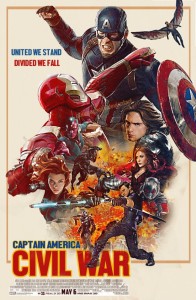 “Margaret Carter was known to most as the founder of S.H.I.E.L.D. But I just know her as Aunt Peggy. She had a photograph in her office: Aunt Peggy standing next to JFK. As a kid that was pretty cool. But it was a lot to live up to, which is why I never told anyone we were related. I asked her once how she managed to master diplomacy and espionage at a time when no one wanted to see a woman succeed at either. And she said, “Compromise where you can. Where you can’t, don’t. Even if everyone is telling you that something wrong is something right. Even if the whole world is telling you to move, it is your duty to plant yourself like a tree, look them in the eye, and say, ‘No, *you* move’.” – Sharon Carter

Brief Synopsis – When the government wants to start to monitor and be in charge of all Avenger missions, a split forms among the team causing much trouble when the two sides must work against one another.

My Take on it – Captain America is my favorite hero from the MCU and I was quite excited to finally see this movie.

They do a great job continuing both the story arcs of The Cap himself and the direction of The Avengers too.

Loved seeing all of the favorites in action again along with some new heroes to the series despite the fact that they had to start fighting each other.

The message of this movie comes across quite clearly and I liked the way that we are able to see both sides of the coin here without having to say one is the right (or wrong) choice.

It reflects quite well the two sides in the US political arena; The Hawks and the Doves and any side you choose is still in the right.

They once again did an amazing job with the effects and action sequences and we really feel as if everything they show us can be real.

This realism once again adds an additional layer of enjoyment to an already great script filled with very poignant dialogue.

Bottom Line – Excellent continuation of the Captain America story and of the stories of the MCU in general. Great to see all of out favorites back in action (even of they were all fighting each other). Great message that is reflected daily by the two party system in America. Amazing effects and action sequences makes this so much fun to watch it all unfold. Highly Recommended!

MovieRob’s Favorite Trivia – Originally Iron Man was only going to have a small role in this movie. However, Robert Downey Jr. asked for more screentime and a higher paycheck. Marvel CEO Ike Perlmutter planned to have Iron Man written out of the film completely, in which case the Russos had backup plans to adapt another story in the event that happened. However, Kevin Feige persuaded Marvel Pictures/Disney that Robert was fundamental to the film and this in turn led to Ike Perlmutter no longer being involved in the feature film side of Marvel Pictures. (From IMDB)