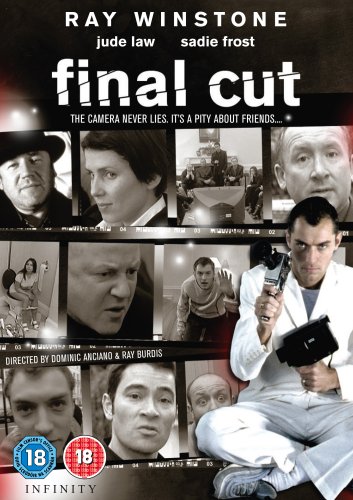 This is the fifth of 12 films that I was “forced” to watch by my fellow bloggers who participated in my Blogiversary Contest last month.  This movie was chosen by Emma.  Tnx for the suggestion.  Let’s see what I thought of it…. 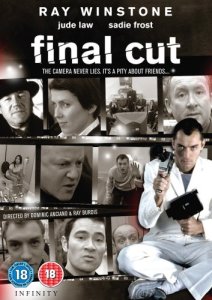 “Who was that? What was she doing? Well, I might reveal it… and I might not. I have to keep you on the edge of your seats. You see that’s the joy of making a cutting edge film. Real life on celluloid. Stay tuned! ” – Jude

Brief Synopsis – A group of friends gather to watch the final film of a friend of theirs before he died.

My Take on it – This is a film that I had no clue about before watching it and it starts off very strangely.

It takes a bit too long for us to completely understand what is going on and O think that could have been sped up a bit for us.

I can’t say I was happy with the way this was filmed because the whole thing felt like a student film when only certain parts should have seemed that way.

The characters are hard to differentiate from the get-go and it takes too long until we are able to actually figure it out.

The main thing I liked was how we got to see how people would theoretically act if they didn’t think they were being watched.

That must be the thrill of voyeurism because they know that things are real and not being acted out and it doesn’t matter what kind of situation one is dealing with, when a person thinks they are alone, they will definitely act different than if they knew they were being watched.

Bottom Line – Very interesting premise, but I wasn’t a fan of the way it was filmed to be like a student film.  It takes too long to recognize each of the characters.  The message about voyeurism and how people act differently when they think they are alone is done well.  Nice cast headlines this film.

MovieRob’s Favorite Trivia – Directors Ray Burdis and ‘Dominic Anciano’ prepared a “bible” that detailed all the characters’ back stories and motivations. This was sufficiently detailed to eliminate the need for endless rehearsals. Instead, each scene was shot on the first improvisation. New content was then added to each subsequent take to keep the scene fresh and original. (From IMDB)