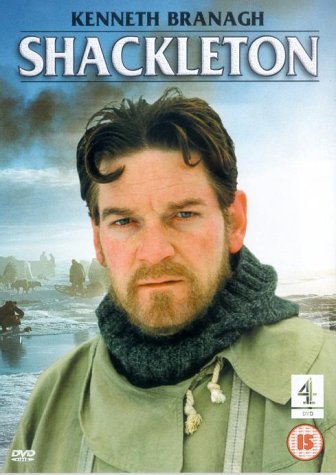 This month’s Genre has been chosen by Damien of Riley Central we will be reviewing our favorite Adventure Movies.

Please get me your submissions by the 25th of May by sending them to damienadventure@movierob.net

“Thank you for your question. You are right, sir, we failed. We failed to reach the South Pole. I turned back. I chose life over death for myself and for my friends, which is why I am here to tell you about it tonight. But others follow in our footsteps Captain Scott, taking our route; the Norwegian, Amundsen, from the Bay of Whales. And if they should fail, then I will try again. Because I believe it is in our nature to explore, to reach out into the unknown. The only true failure… would be not to explore at all. ” – Sir Ernest Shackleton

Brief Synopsis – Biopic of the epic journey of explorer Ernest Shackleton as he and his crew attempted to reach the South Pole just as World War I broke out in Europe.

My Take on it – I have always been a fan of biopics and of movies depicting historical events.

The way this story was told and how it unfolds is great and we get a real idea of what these men, their families/friends and fellow researchers felt during their long journey to find and explore the final unexplored continent slightly more than a Century ago.

The choice of giving Kenneth Brangh the title role was the right one because he does a wonderful job depicting a man who had a passion in life and was willing to do so much to achieve it at great cost to him both financially and personally.

We get a clear sense of the heroics involved in this kind of exploration and even the 210+ hours used to tell this story feel a bit too short in order to give the story its true due.

In addition to Branagh, the cast is superb here and we get a clear sense of who all of these people were.

They do an amazing job showing us things that so few people in history have experienced.

Bottom Line – Loved the way that Branagh played the title character and was amazed at the way the story unfolded. Very heroic story that needed to be told and even the 210+ minutes wasn’t enough to do this story complete justice.  Great cast and they do a wonderful job trying to show us things that are hard to describe since so few people in the world have experienced them. Recommended!

MovieRob’s Favorite Trivia – The scene in which Shackleton threatens to throw his gloves overboard if the crewman doesn’t take them is based on a true incident. In actuality it was Frank Hurley who wouldn’t take them. (From IMDB)

Genre Grandeur Worthy? – I really enjoyed this, but there still was something missing in order to make it one of my favorites.