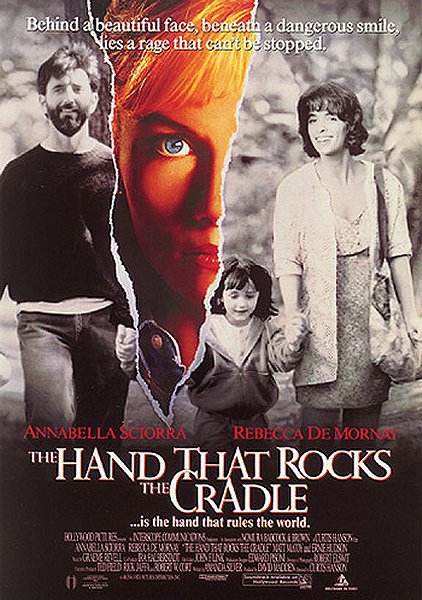 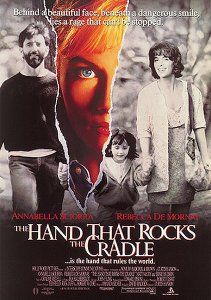 Brief Synopsis – A family hires a new nanny for their children and don’t realize that she is really out for revenge against them for ruining her life.

My Take on it – During the late 80’s and early 90’s, there was a new movie genre that began to emerged and it was basically movies where the only characters with any real “power” were female ones.  In general, the male characters were extremely weak and everything was accomplished via the woman.

This movie is a perfect example of that genre because the two lead characters played by Anabella Sciorra and Rebecca De Mornay are the ones who call the shots and they are both excellent here.

Matt McCoy plays Sciorra’s husband and he can’t get anything done when it comes to protecting his family.

Don’t get me wrong, I’m not saying that I don’t like this genre, I just find it so interesting to see how unbalanced the gender roles are here and since most movies do the opposite from what is done here, it just seems strange despite making sense to try.

The only male character who does anything significant is the mentally challenged handyman played by Ernie Hudson.

What I find quite interesting is that this movie disturbs me much more now as a parent of young children  and as a husband than it did when I use to watch this when I was single.

Julianne Moore has a small but significant role as Sciorra’s best friend.

The heroic acts performed towards the end always brings tears to my eyes.

Not perfect, but a great thriller nevertheless.

Bottom Line – Great example of the “girl power” movies of the 90’s.  Both Sciorra and De Mornay are excellent here.  Moore small role is done especially well.  The only male character that has any real “power” is Hudson who is superb as the mentally challenged handyman.  As a parent, this movie is even more disturbing to me than it was when I was siingle. Recommended!