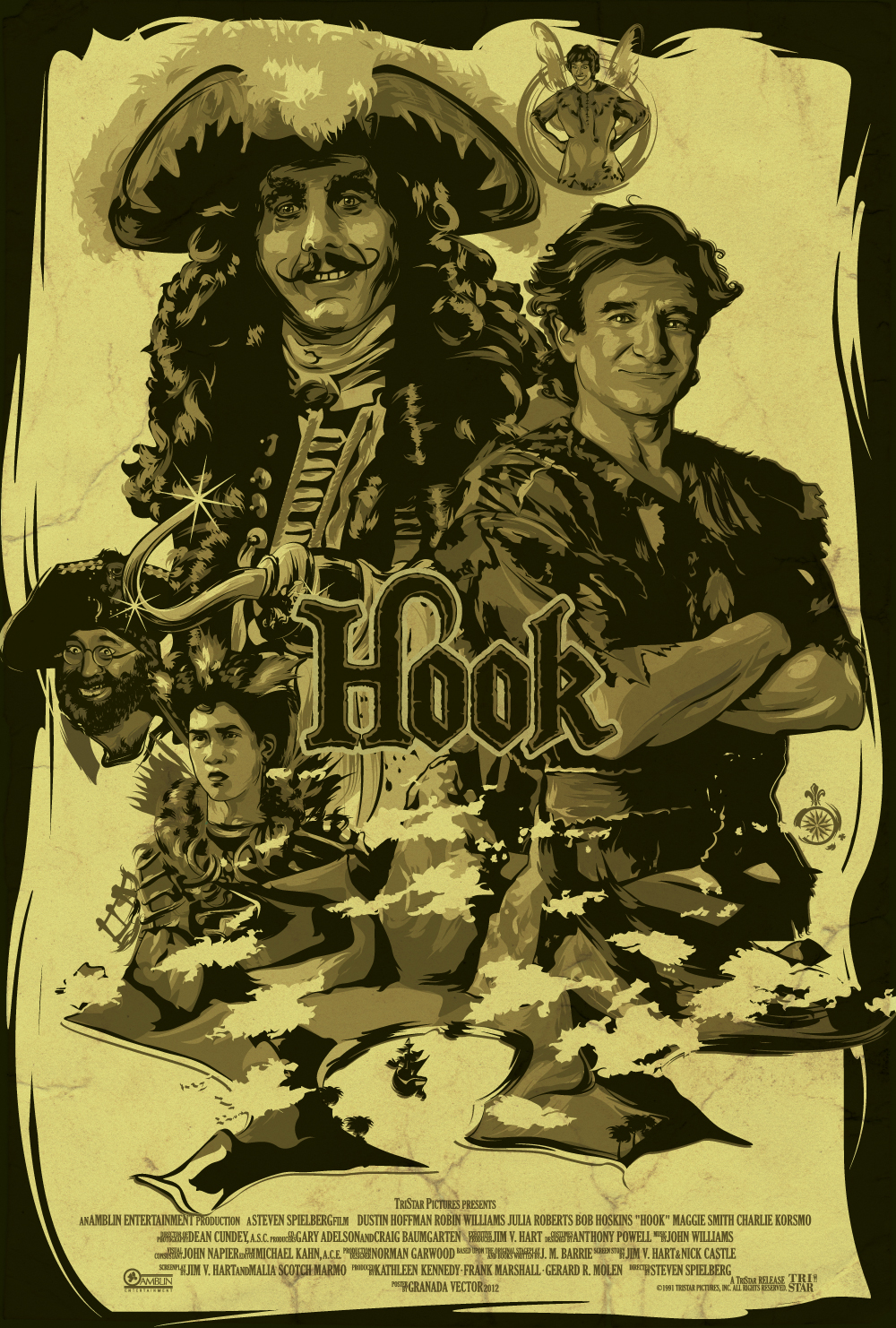 This month’s Genre has been chosen by Summer of Serendipitous Anachronisms She has chosen quite a unique genre and we will be reviewing our favorite Derivative Work Movies.

“You know you’re not really Peter Pan, don’t you? This is only a dream. When you wake up, you’ll just be Peter Banning – a cold, selfish man who drinks too much, is obsessed with success, and runs and hides from his wife and children!” – Captain Hook

Brief Synopsis – A grown up Peter Pan who has forgotten his youth, must travel back to Neverland to save his children from the evil Captain Hook

My Take on it – For my last entry of this month’s Genre Guesstimation – Derivative Movies, I decided to go with a childhood favorite that is a spinned off story about what would happen to Peter Pan if he eventually grew up.

I recalled this film being better and it’s lacking fun and adventure that is expected from Steven Spielberg’s films.

Robin Williams is almost able to save this film by his amazing performance, but even he couldn’t do much for this borish plot.

Dustin Hoffman as Captain Hook feels like he is trying too hard to imitate Jeremy Irons and therefore his character didn’t work well enough for me to use my suspension of disbelief.

I enjoyed the fact that they had an overall theme about parents willing to do all for their children even when they themselves have forgotten what it was like to be a child.  As a parent myself, I was reminded of my own diatribes against my kids and am guilty of the same offenses.

Overall, I wanted something more fun and less silly that could bring us back to teh magic of Neverland that we all know from the stories of Peter Pan himself, but even Spielberg wasn’t able to catch that feeling and ended up making an average film here.

Bottom Line -Not as fun and adventure filled as I recalled it to be. Williams is amazing as always and Hoffman seemed to be doing an imitation of Jeremy Irons the whole time. As a parent, I enjoyed the analogy of parenting and why they aren’t allowed in Neverland, and the message about parents willing to do anything for their children comes across quite strongly here.  The film should be more fun than it is and some scenes feel too borish and silly.

MovieRob’s Favorite Trivia – Robin Williams became best friends with director Steven Spielberg after making this film. Reportedly, after Williams’s death, Spielberg decided to watch this film out of rememberance, but couldn’t finish it because he couldn’t stop crying for hours. (From IMDB)

Genre Grandeur Worthy? – Not at all despite an amazing performance by Williams (as usual)